Written by Joe Jackson on May 30, 2022. Posted in Awards and Festivals

The straight 8 shootout 2022 is set to premiere 20 short films at Cannes. Presented by APA and Cinelab Film & Digital, the competition's screenings are scheduled for Friday June 24th at Cinema Les Arcades, 77 Rue Felix Faure. Breakfast sponsored by LS Productions takes place from 10.00am 10.45am. This is then followed by a prompt 11.00am call time, with wrap time scheduled for 12:45pm after the official voting and awards ceremony in the cinema.

“We work on hundreds of films, TV shows, music videos and commercials each year, all formats including digital and 65mm film down to super 8mm - and straight 8 is still one of the most exciting projects we’re involved with,” says Adrian Bull, Managing Director of Cinelab Film & Digital. 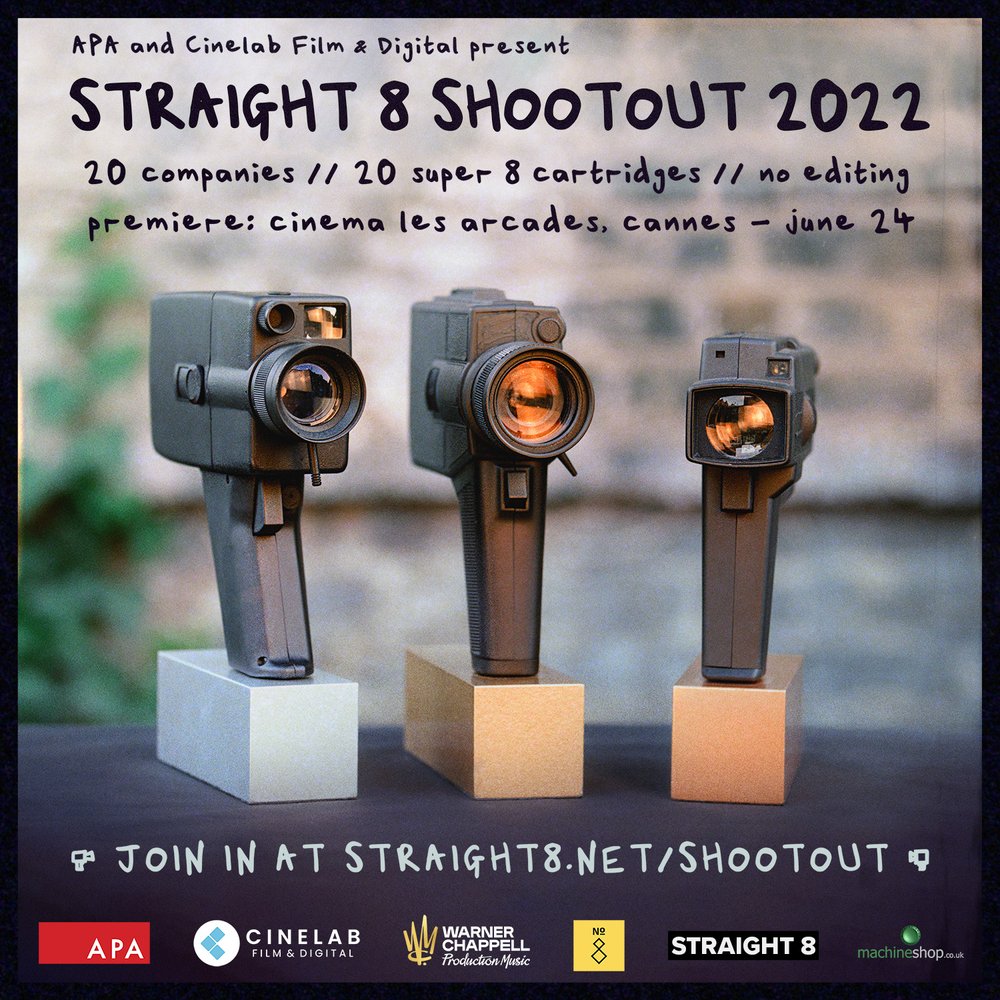 straight 8 began in 1999 when director Ed Sayers challenged some friends to each create a film on one cartridge of super 8 film. No waste was allowed and the shooting ration was set at 1:1. The films were screened in London’s West End, projecting the super 8 film while playing audio from cassettes.

The competition now receives 100-200 entries to its annual open competition. Filmmakers from all over the world have submitted their work. The competition has overseen 14 years of premieres at Cannes alongside stints on Channel 4 and other festivals. Past entrants include filmmakers and creatives Edgar Wright (Baby Driver, Shaun of The Dead) and Alice Lowe (Sightseers, Prevenge). At the 2022 edition of the straight 8 shootout, Caviar, Black Dog, Merman, Somesuch and many others will see their own super 8 creations projected on the big screen for the very first time.

“I’m so excited to see what this full house of amazing companies manages to produce for this edition of straight 8,” says Sayers. “People don’t believe me when I say that I don’t even watch shootout films before their premiere, but it’s true. That’s how I can look you in the eye when you ask if your film has at least come out, and honestly say to you: I don’t know.”

“straight 8 is a brilliant film competition,” emphasises APA London chief executive Steve Davies. “We are delighted to be back in Cannes with it this year and supporting its launch event in London. It is a fantastic opportunity and platform for emerging directors to showcase their skills and creativity in front of the wider industry.”

Every short film is made with just one roll of super 8 film, and editing has taken place entirely in-camera. Ticket registration is now open at: www.straight8.net/shootout.