Written by Joe Jackson on Jun 27, 2022. Posted in Production News

Celebrity couple Kourtney Kardashian and Travis Barker have collaborated with Daring Foods to support their Plant Chicken range. Daring spent a night with the newlyweds at West Hollywood’s Chateau Marmont, two days after their marriage in Las Vegas. The company developed four special recipes for the couple to enjoy, and the shoot captured the pair’s adoration of Plant Chicken as well as their love for each other. 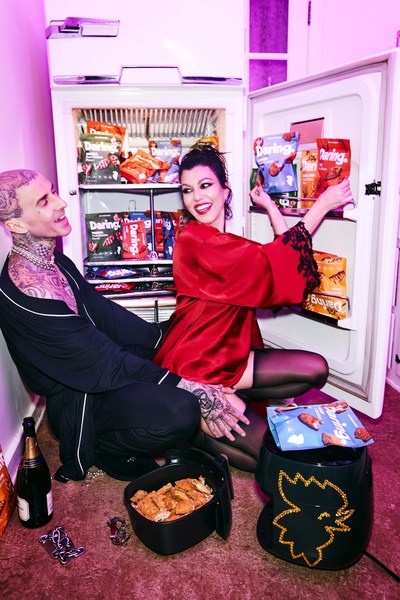 "From the moment our partnership with Kourtney and Travis began there was clear synergy between Daring's mission and their personal beliefs on plant-based eating and the positive impact it has on the environment," explains Daring's Founder and CEO Ross Mackay. "I could not be more proud to partner with them for Daring's latest campaign and am grateful for their support and genuine love of our Plant Chicken."

The campaign was filmed and photographed by Ellen Von Unwerth. The spot sees Kourtney and Travis exit their limo with massive buckets of fried Daring Breaded Plant Chicken. Things then get ‘saucy’ as they feed each other bites and sip champagne. Kourtney's health and wellness platform - Poosh - captures her love of healthy eating, and Travis is an investor in vegan restaurant Monty's Good Burger, which just launched Daring Plant Chicken Tenders at all its locations.

"I haven't eaten meat since I was 13 years old, so really good plant protein is important to me,” explains Travis. “Daring is awesome, because it's super clean and has all-natural ingredients. When I went fully vegan 15 years ago, the options were basically straight vegetables, so I'm excited to see more plant-based choices on menus.” 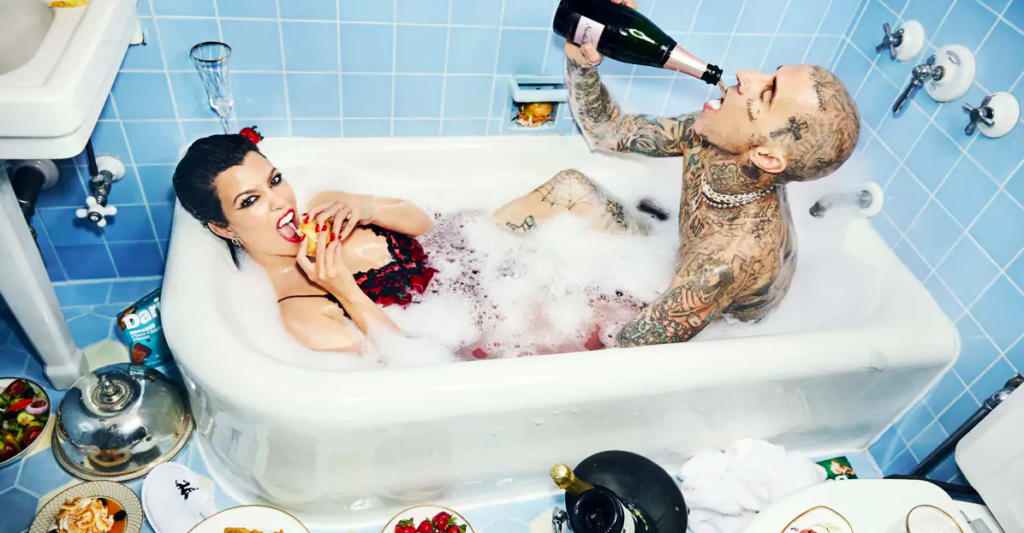 A taste for plant-based alternatives is developing across the Kardashian family. Kourtney’s sister Kim was recently appointed Chief Taste Consultant for vegan meat producers Beyond Meat.

"I've been on a health and wellness journey for the past 13 years, which has made me super conscious of what I put into my body and my kids' bodies,” details Kourtney. “I'm not fully vegan, but Travis has helped me keep to a mostly plant-based diet, which is so much easier with Daring.”