Written by Malcolm Scerri-Ferrante on Jun 30, 2022. Posted in Contributors

When watching any film that won at a leading international festival, I find there is an element of prejudice where one’s mind is already leaning towards receiving the film favourably, where for example one might be more patient.  But critical acclaim raises expectations and audiences expect to be well awarded for their time. This balances out, at least to my mind, any unfair prejudice towards the film. More patience in exchange for higher expectations.

And with this mindset I watched Luzzu, a Sundance winner, keeping in mind that there are indeed some Oscar-winning films that were unbearable to watch.

Luzzu awarded my time right from the start. Director Alex Camilleri understands storytelling thoroughly. This is his debut feature which he also wrote, with his main craft and experience being in editing.

We have a saying in the industry that after all the blood, sweat and tears to develop, prepare and shoot a film, the film actually gets made in the editing room. This is meant to emphasise the importance of every process of the film from start to finish. A film with bad development (essentially a bad script) can spell disaster. Inadequate prep can also ruin a film. Everything that happens on set is obviously very important but the film can go various ways once it enters the editing room. The editing can truly make or break it. 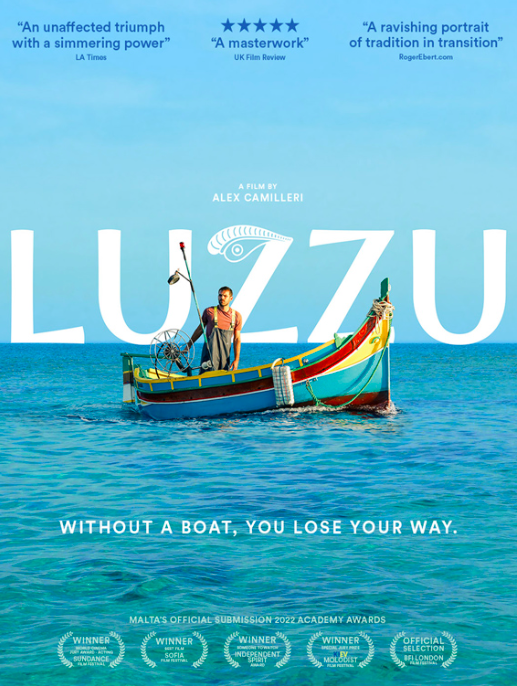 No doubt Alex was editing the film in his head whilst he was shooting. That helps speeds things up on set and makes sure nothing is left out.  Also whilst he had his script, he let his fisherman actors do what they do best, be fishermen and improvise, and this added to the authenticity of the film.

I found myself wondering whether the illegalities in the story are truly happening here and now. The film’s handheld camera work and cinema verité style helped make the film feel authentic. Luzzu merged successfully between a documentary and a drama, hitting the best of both worlds.

The cinematography, sound and music are top notch. But these are areas that are not too difficult to accomplish once you have the right resources, and I say this in no way to undermine the challenges when shooting on a shoestring budget.

With Luzzu I am mostly fascinated by the telling of the story and the approach with non-actors. Alex used a real fisherman and a non-actor in his lead. And what a find. Sometimes a filmmaker needs to strike gold and some luck is usually needed. Jesmark was Alex’s strike.

His luck was perhaps walking in Ghar Lapsi with a casting director that helped him spot and consider a stranger as his lead actor. He threw the dice giving Jesmark a chance to carry the entire movie. What if he dropped out or got cold feet half way through? What if his acting turned out too wooden and unconvincing? Auditions only moderate risk to a certain extent. But Jesmark was playing himself and the fisherman-cum-actor could well imagine the additions to his character.

In terms of acting, Jesmark’s face doesn’t change much with his different moods and thoughts, but most importantly his eyes say it all and it is mainly through the eyes that audiences can feel emotions off the screen. Of course whether he proves to be a good actor in a non-fisherman role waits to be seen. 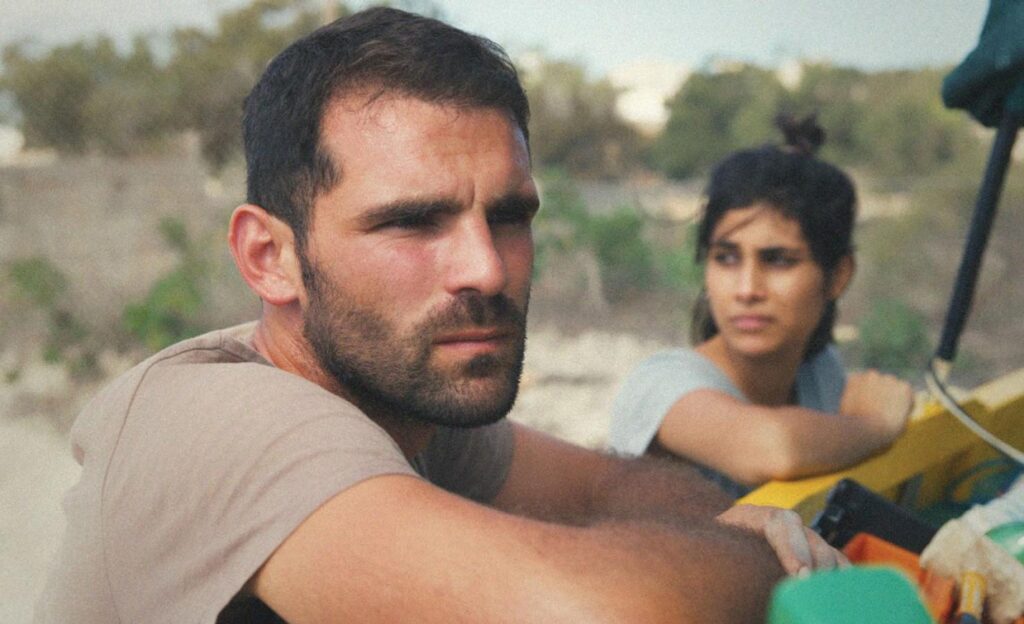 Needless to say finding an actor who is good looking adds to the sex appeal that an audience appreciates one way or another. Coupling him with a beautiful wife (played by the highly talented actress Michela Farrugia) and giving them a new born baby creates the picture-perfect couple, a couple whose relationship is hanging on a thread because of Jesmark’s inability to bring home the bacon. The stakes cannot be higher for him.

It is this universal topic that makes the film so appealing. Alex managed to create a story that resonates or is easily imaginable. Adding the fisheries industry into the background was a smart move as there are not enough films that reveal the world of traditional fisherman.

I also found the story offers compassion to those brushing against the wrong side of the law so to make ends meet, taking desperate measures in desperate circumstances.

In a nice touch Alex managed to humanise the fishing boat, the traditional Luzzu, using its eyes on its front supposedly to protect fisherman from dangers at sea. When the boat finds itself in scrapyard the scene successfully becomes emotional and akin to bringing your favourite long-life horse or pet to a slaughter house. He gave character to a simple boat, to the “living wood” as it was described early in the film.

Luzzu is a Maltese film but in truth also an American one since Alex is essentially also American in terms of his childhood, the formation of his opinions, skills and sensibilities with the craft of film. His role as director, writer, editor played a major part of the creative formation of this film and this must not be underestimated. Of course neither should be underestimated the contribution of key Maltese such as Rebecca Anastasi who took on the producing role.  The film is creatively a co-production where some of the best of the Maltese skills and the best of Alex and his foreign cinematographer came together to create a powerful timeless piece of art.

I find the making of a successful film is about reaching two goals. Does the film tell me something I did not know and does the film touch my heart? Luzzu managed to do both, easily.

Over the past decade Malta has made great strides in terms of home grown films but the Maltese ‘co-production’ Luzzu will go down in my history book as the first Maltese feature film that managed to tick all the boxes.