Written by Joe Jackson on Jun 7, 2022. Posted in General Interest

Netflix and Sky have announced the inaugural cohort for their first UK Screenwriters' Fellowship. This fellowship is designed to give the UK’s brightest new voices a chance to work alongside a Netflix or Sky writers’ room and, in turn, receive their first television credit. Screenwriter Bisha K. Ali is spearheading the project. Her credits include: Marvel Studios’ Ms. Marvel – for which she was Head Writer – as well as the first series of Sex Education, where she was part of the writing team.

“I'm so proud to see the creative growth of the talented and driven writers selected for our Screenwriters' Fellowship," details Ali. "The world of screenwriting is a historically difficult one to break into, made even more challenging by the systemic issues within our industry. Our Fellowship doesn’t purport to have all the answers, but we aspire to be a part of the movement towards a more inclusive industry. 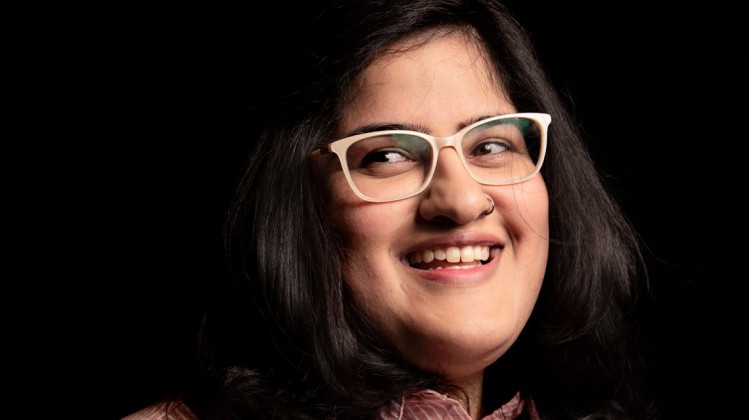 “Inspired by Bisha’s vision, we are proud to help break down the barriers and back these six new writers at this early stage of their career," elaborates Cécile Frot-Coutaz, Sky Studios CEO. “The stories we tell shape our collective understanding of the world so it’s critical we open up the closed sphere of screenwriting to as many voices as possible, enabling us to tell untold stories to global audiences."

The initiative is part of Netflix and Sky’s broader commitment to spreading opportunity and improving representation across the UK. Applicants – who were dedicated writers with an authentic and original voice – had to submit a full script to be considered for the Screenwriters Fellowship. Nearly 2,000 entries were received.

“I know that our spectacular inaugural Fellows have long creative careers ahead of them, and will go on to be vital storytellers across multiple genres and mediums,” Ali adds. “Remember their names - I'm sure you'll be seeing them again in the credits of your favourite new shows!"

Asad Ullah is a queer screenwriter and theatre performer from Manchester. He is part of the Fat Blokes Company, an award-winning queer dance company. His work focuses on tackling the drama, romance and comedy that lives at the intersections his life: Queer, Muslim, British, Brown and Fat.

Daniel T. David is an award-winning advertising copywriter with a degree in law. He is interested in tackling the climate crisis through storytelling, and breaking barriers in sci-fi and fantasy.

Kayla Hendy is a 23-year-old writer from Slough. The first screenplay she wrote as a teenager was longlisted in BBC’s Drama Writersroom. After graduating, she began freelancing as a script proofreader and editor, while also working as a director’s assistant in London.

Kim Taylor is a freelance writer for the stage and screen. Her scripts reflect a clear interest in social issues, women's rights and mental health. Her crime drama TV Pilot The Watcher was a finalist for the BBC Studios ScriptWorks and Thousand Films Scriptwriting competition 2021.

Lewis Wren is a 29-year-old comedy playwright and screenwriter from in the North West of England but based in Bristol. His plays have been longlisted and shortlisted for awards such as the Bruntwood Prize and the Lancaster Playwriting Prize, and his screenwriting has been longlisted for the BBC Writers’ Room.

Robyn Ahern is a writer based in London currently working on projects for film and television. She has previously written for theatre; her first project, Monster, was developed through Camden People’s Theatre's Starting Blocks residency, and was shared at Battersea Arts Centre.