Written by Joe Jackson on Jul 7, 2022. Posted in Production News

EE has revealed its new Hope United squad. The campaign brings together a team of footballers who are committed to tackling online sexism. Titled ‘It's Not Her Problem,’ this television advert calls on men to show allyship during the UEFA Women’s European Championships over the summer. It encourages males to recognise and tackle sexist abuse when they encounter it online and elsewhere.

“As women footballers, the sad truth is that we now expect sexist abuse on a near daily basis: it has not only become an inescapable part of the game, but of a woman’s life in the public eye,” details England, Manchester City and Hope United star Lucy Bronze. “But it shouldn’t be this way. This is why we are asking men to be allies of women this summer and help stamp out sexism online. It’s great to see so many from the men’s game join the squad:  it gives me confidence that we can make a difference.” 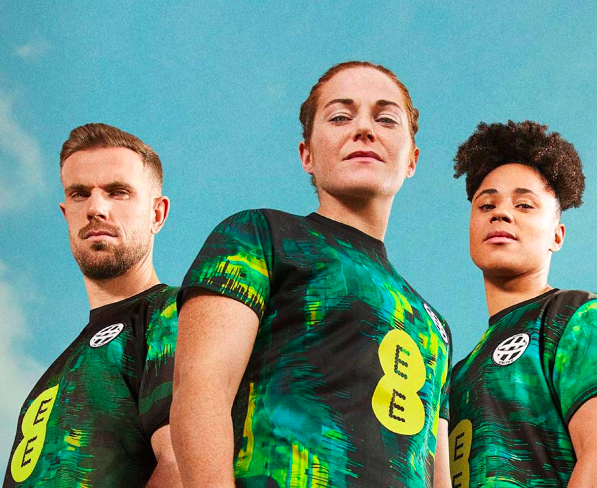 The Hope United squad is set to feature in a video content series, championing digital skills and offering free online resources to help us challenge and report online hate against women. Topics include: how to block accounts, report online hate, mute and filter offensive content, and how to diversify your social media feed by following more female voices.

EE has also partnered with HateLab, a global hub that offers insight into hate speech and crime. Scraping information from each player’s social media accounts, HateLab will use behavioural data to create personalised Hope United shirts. The designs on these shirts will in turn show a visual representation of how people talk about the Hope United squad online. 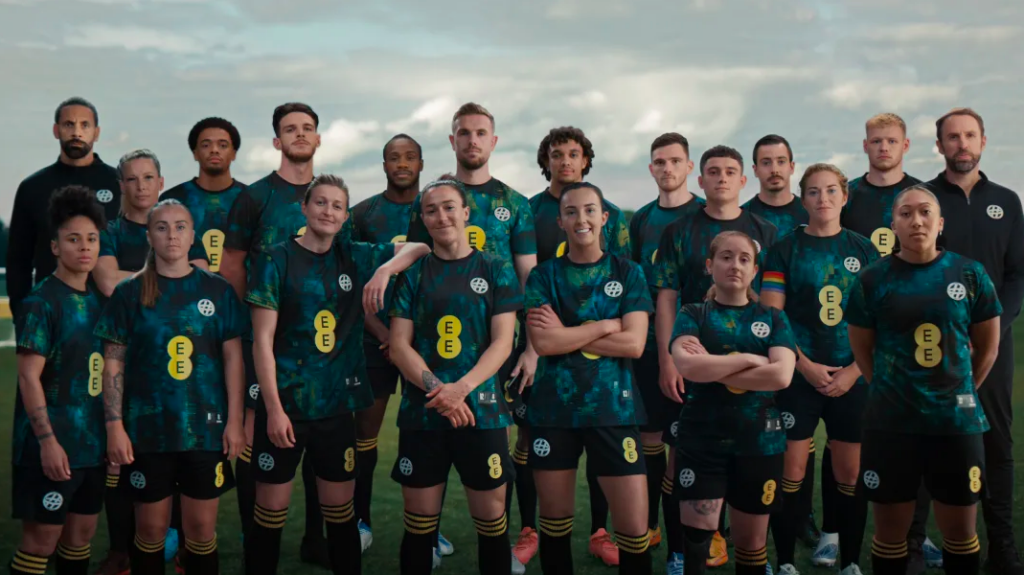 “The simple fact is that men can do better,” emphasises Gareth Southgate, the manager of Hope United. “Sexism and misogyny are deplorable in any space and EE’s Hope United will make men aware that they are uniquely positioned to help bring it to an end: not only by monitoring their own behaviour but that of others and, when possible, calling it out and putting a stop to it.”