Written by Kianna Best on Jul 18, 2022. Posted in Awards and Festivals

On Wednesday, 13 July 2022, it was announced that critically acclaimed filmmaker Martin Scorsese will receive the esteemed Eva Monley Award at this year’s LMGI Awards.  Location Managers Guild International (LMGI) will be hosting their 9th annual awards show on 27 August 2022.

John Rakich, LMGI president and committee chair for this year’s awards stated: "We are so proud to be able to honor Martin Scorsese, a master of cinema whose work has inspired generations of filmmakers, delighted fans around the world and made the work of his Location Managers shine on the screen,” 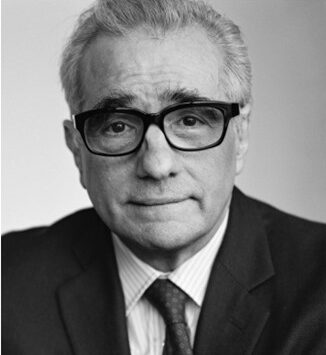 With more than 50 years of award-winning work under his belt, Scorsese’s career has included over 700 films across several genres. From films such as Taxi Driver, Goodfellas and Shutter Island, to his more recent directorial work on The Wolf of Wall Street and The Irishman, his involvement in the film industry has been regarded as nothing short of legendary. In 2007 alone, his film The Departed won an impressive five awards, including the coveted best picture and best director awards. Still making his presence known, he is currently in post-production for Killers of the Flower Moon.

Scorsese’s expertise does not end with solely film, but he has also been awarded for his documentary work, winning the Peabody Award for No Direction Home: Bob Dylan. He has also won Emmy Awards for Outstanding Directing for Non-fiction Programming and Outstanding Non-fiction Special for George Harrison: Living in the Material World.

The acclaimed filmmaker has shown a keen interest in protecting the integrity of the film industry and preserving motion picture history. Founding and serving as the chair of The Film Foundation, he has been able to spearhead several initiatives, including the launch of the Restoration Screening Room, a new virtual theatre showcasing a global range of restorations of classic and independent films, documentaries, and silent films. Scorsese’s continued interest in the future of the industry is shown through his participation in new film projects, including lending his production hand to Antoneta Alamat Kusijanovic’s Murina.

The Eva Monley Award honours the late go-to scout and logistics organiser for remote locations, who worked with John Huston, Otto Preminger, David Lean, and many more. The Award is intended to celebrate the above and beyond performance of filmmakers who have demonstrated unwavering support and contribution to the industry.