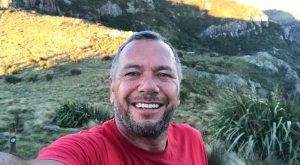 Filming in Fiji with Clayton Tikao

Written by Clayton Tikao on Aug 15, 2018. Posted in Contributors / General Interest / On Location

I arrived in Fiji, with only 13 days notice, to start work on the feature film Adrift directed and produced by the acclaimed director Baltasar Kormakur. I hadn’t seen the script and assumed we would be filming on a beautiful beach on some deserted island. All I actually knew was the name of the film and that it was based on a book about a ship wrecked sailor. My illusions of a mellow laid back shoot on a tropical island were quickly shattered and I had to hit the ground running.