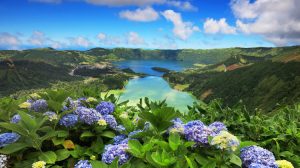 Written by Hayley Sercombe on Jul 9, 2020. Posted in Contributors

Most of us know Portugal as a tourist destination: summer holidays spent laying on the beaches of Algarve, or maybe a city break to Lisbon or Porto. But when it comes to film locations, Portugal has much more to offer than what may first spring to mind says Hayley Sercombe, Executive Producer / Founder at Film Portugal and Bruno Pinhal, Portuguese Film Director. TLG invited the pair to take us on a tour of Portugal's unexpected locations. Hayley Sercombe, Executive Producer / Founder Film PortugalBruno Pinhal, Portuguese Film Director