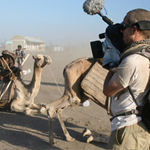 The Desert - a filming survival guide

Written by Richard Farish on Apr 20, 2011. Posted in Contributors / On Location

[slideshow id=98]As with all extreme locations, preparation and planning before an expedition is crucial. Choosing the format you wish to film on may be governed by an existing edit suite facility at the production company but this may not be the right choice to deal with high 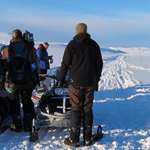 The Arctic – a filming survival guide

Written by Richard Farish on Mar 22, 2011. Posted in Contributors / On Location

[singlepic id=567 w=600 h=250 float=]In March 2010 I was selected as DoP for a new series on ITV1 called 71 Degrees North. I was to be one of seven camera crews on location, working with a large variety of filming platforms including climbing ropes, snowmobile, helicopter, dog sled, skis and also underwater.