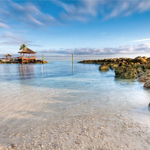 Written by Rowena Carr-Allison on Oct 29, 2010. Posted in Interviews

[slideshow id=7]The Bahamas, an archipelago of Carribean islands north of Cuba and south-east of the USA, has always had a certain dreamy ring to it. 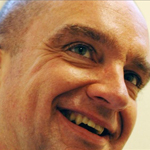 2009 and 2010 have been insanely busy years for Location Manager and Scout Chris Baugh. He has worked on the new Simon Pegg and Nick Frost film Paul, horse-racing

Ilt Jones is a softly-spoken and unassuming man, originally from North Wales, now carving an enviable career as the go-to Location Manager for action. If your building, football stadium or casino needs blowing up, give him a call and he’ll put it in the movies.

Lori Balton’s address book is a who’s who of Hollywood production designers, producers, and directors. Amongst others she has location scouted for Spielberg, Scorsese, Bay,

Robin Hood gets the best from UK locations for filming

Robin Hood is riding through far more than the glen for Ridley Scott’s latest epic, an action-packed account of the legend, involving sea landings, castles springing up in the woods of Surrey, and the wrong type of undergrowth. Scott called on Bill Darby, veteran of UK locations, for the film that will open this year’s Cannes Festival.

The Wolfman's Supervising Location Manager talks to The Location Guide

Written by James Peak on Mar 1, 2010. Posted in Interviews

There is no denying that Joe Johnston’s The Wolfman had a rocky road to the silver screen, with a change in director just before principal photography, a spiralling budget and reshoots galore stretching over a year and a quarter.