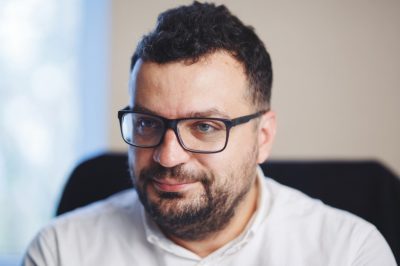 What brings you to FOCUS this year?

It is our first time at FOCUS when we will present Ukraine as a country which can service film productions. We want to show what we can suggest to our partners, what kind of locations, services, professional talent we have. Now we are making a lot of efforts to promote Ukraine on the international level and one of the important steps for us is to be on FOCUS this year.

First of all we want to raise awareness about our country so professionals all over the world can learn about its emerging film industry. And the second thing is to get in touch with partners, and to make contacts with producers from different countries with which we haven’t had this kind of cooperation yet. We want to encourage them to come to Ukraine and film here.

Will you be promoting Ukraine under the #UkraineIsYourDestination slogan and showing the production potential of Ukraine as a filming destination for foreign producers, directors and production professionas?

Yes, that’s exactly what we’ll do at FOCUS.

Which foreign productions have filmed in Ukraine over the past few years? 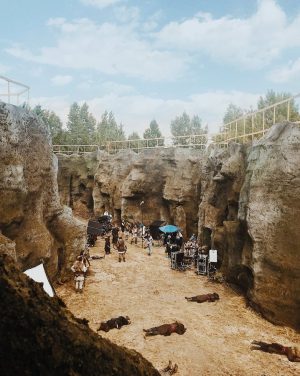 Due to vast variety of locations, low production costs, professional and skillful production crews Ukraine attracts a lot of foreign producers as ‘that very place to film in’. If we exclude dozens of hundreds Russia-produced projects that were filmed in our country, we will count more than 50 international and foreign projects filmed here in recent years. 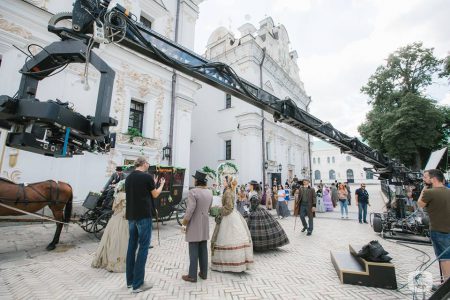 India-produced feature films 99 Songs (directed by Vishwesh Krishnamoorthy) and Winner(directed by Gopichand Malineni) were also filmed in Ukraine. This spring the largest Chinese online TV and video platform iQIYI was shooting detective drama series Golden Eyes directed by Lin Nan with the pop idol of Korean-Chinese band ECHO. A lot of big international co-productions are also filmed in Ukraine. This year French filmmaker Frederic Petitjean filmed his thriller The Last Step here, which is a co-production of France and Ukraine. Agnieszka Holland was recently filming biography drama Gareth JonesJones’ in Ukraine – a co-production of Poland, Ukraine and the UK. Václav Marhoul was shooting war drama The Painted Bird – a co-production of Czech Republic, Ukraine and Slovakia.

Please tell us briefly what Ukraine has to offer as a film location destination? 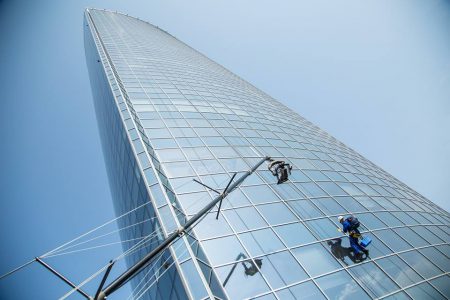 Ukraine is a unique country with a huge variety of diverse locations. We are the biggest country in Europe if not to take into account Russia, which is partly in Asia. We have mountains, seas, plains, forests, small and big rivers, ancient architecture, medieval castles and old towns, which are built in European architectural tradition. We also have modern architecture, post-Soviet architecture and post-industrial buildings like, for example, abandoned huge factories and some military facilities, which are available for filming. We even have the largest desert in Europe. We can also provide such unique things like filming in a real airport terminal which is not used, but is brand new, because it was built for UEFA Euro 2012 and many other things.

Do you offer any filming incentives for producers interested in filming in Ukraine? 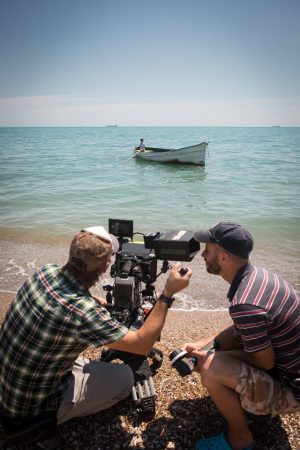 We are now in the process of introducing cash rebate system and hopefully it will start working from 2020. New legislation implementation will allow foreign producers to get rebates of up to 16.6% production costs spent on the territory of Ukraine. Moreover, it is planned that foreign producers will be able to receive additional 10% rebate from the talents fees in Kyiv and Sevastopol and 4.5% payback – on the rest territory of Ukraine for non-residents of Ukraine.

Ukraine will be presenting a session at FOCUS. See full details here.

To meet The Ukrainian State Film Agency at FOCUS 2018 on 4/5 December register for a FREE delegate badge here.