Xavier what brings you and Froggie Production Services back to FOCUS this year?

It’s a very dynamic event and it’s a great opportunity to meet old and new friends, colleagues and potential partners and clients. It seems there’s more and more interest from UK producers for the event and it’s been more interesting each year we’ve been attending FOCUS. So yes, I very much look forward to returning this year!

The french tax rebate for international productions is more and more successful, and we’re trying to improve it even more. It allows producers and studios to consider shooting their feature films or TV series seasons entirely in France and spend weeks with us instead of days – that is what we wish to promote right now. France always had great locations and great crews – now the country can also be competitive financially. I guess that’s the message for this edition of Focus. Our headquarters are in Paris, but we have an office in Marseille too, and we want to talk about what a great region it is for a shoot – the city is incredible, the nature and the sea are spectacular, there’s a good crew depth, there are now new awesome sound stages, and of course the weather is great. It’s a very special area with a lot of production value. 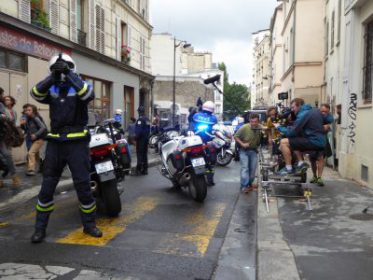 Froggie Production was founded in 2000 in Paris. We offer full production services for all kinds of projects, big and small, and our clients come from everywhere, but mainly from the US, the UK, and Japan. We shoot in France and French-speaking countries most of the time, but we also produce international shoots all over the world. 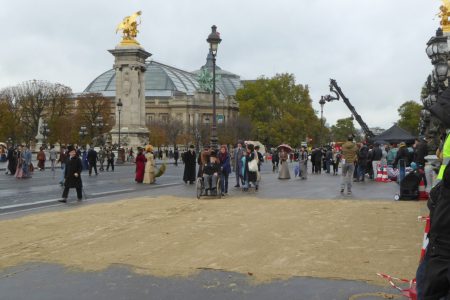 These last five years we’ve worked on about twenty different TV series or films, coming from the UK, Japan, and the US. We’ve done Japanese films (Taro No To, Glass House), UK TV Films (Albert’s Memorial and Diana and I for ITV), commercials for Fuji, Jean-Paul Gaultier, Kenzo, Subaru, Toyota, etc. We did a branded content film for Marriott Studios, called French Kiss, and dozens of shoots for various TV shows. In 2018 alone, we’ve shot Genius Season 2, with Antonio Banderas playing Picasso, Jack Ryan Season 1, with John Krasinski, Shadowhunters for Disney, Huge in France for Netflix, Blindspot for NBC.

Xavier Roy is a french producer born in 1965. He started as a journalist, then a producer and director for french television. Since year 2000 with his production services company Froggie Production, he has been a line producer for dozens of international productions shooting in France. He’s also a foreign unit producer for US studios and networks, and has shot in more than twenty different countries over the years for various US TV series.

To meet with Froggie Production Services at FOCUS 2018 on 4/5 December, register for a FREE delegate badge here.