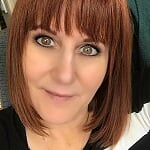 What brings you and the Miami-Dade Film Commission to FOCUS this year?

I have wanted to attend Focus from the first day it opened its doors but circumstances got in the way of travel. But I am now finally available to attend and I couldn’t be more thrilled! The Keys Film Commission and Paradise Coast Film Commission have gone in the past and are going this year and have definitely made sure I knew what I was missing! 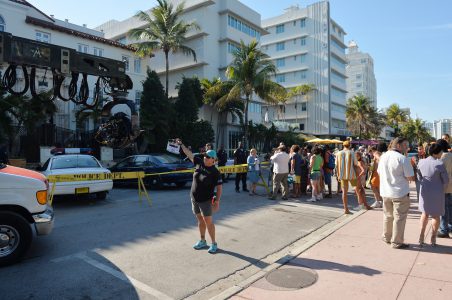 Please tell us briefly what Miami-Dade County has to offer as a location filming destination?

How much space do we have? . Miami-Dade County is attractive to the industry because of its versatile and diverse locations, our experienced crews, deep pool of on-camera talent, infrastructure and ancillary support businesses, perfect climate and beautiful natural light that makes a very productive environment for growing entertainment production industry.
To keep the industry coming back, Miami Dade County is pro-active in our approach to assisting productions..
We make Miami- Dade County Film Friendly by providing a one-stop film permit process which allows our production clients the ease of applying for permits for 15 plus municipalities as well as County land, facilities, parks bridges and airport and seaport. Our office provides Production Support, Location Scouting and a photo library of over 1000 locations, Reference and Resource Materials We proud to be multilingual: we speak Production and Government. We are the facilitators of both!

What productions have recently been filming in Miami-Dade County?

We literally have 100 plus TV commercials produced in our jurisdiction on a yearly basis so can’t name all of them. Here are some notable ones from 2018:
Coldwell Banker
Bumble Bee Tuna 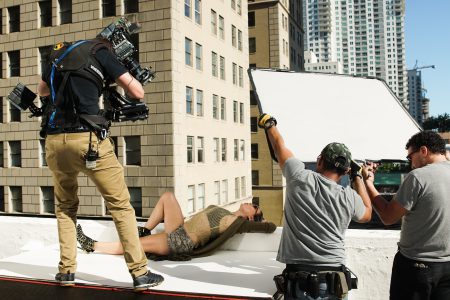 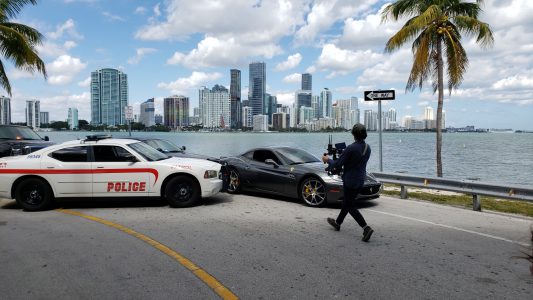 What Florida state and local filming incentives will you be promoting to producers and production professionals at FOCUS 2018?

Miami Dade County and some of its municipalities have Local Incentives!

The TV, Film and Entertainment Production Incentive is a performance-based grant program that is based on Miami-Dade County-centric criteria. Each project’s eligibility will be determined on a case-by-case basis. The production project must spend a minimum of $1,000,000 in Miami-Dade County on qualifying payroll and qualifying expenses and in return they will be awarded per production project is $100,000. Qualifying projects: are either a production or a digital media project, defined as: Production shall mean a theatrical or direct-to-video motion picture; a made-for-television motion picture; visual effects or digital animation sequences produced in conjunction with a motion picture., television commercial; music video; industrial or educational film; infomercial; documentary film, television pilot program; a television series, including, but not limited to, a drama, a comedy, a soap opera, a telenovela, reality show, game show or a miniseries production.

A digital media project shall mean a production of interactive entertainment that is produced for distribution in commercial or educational markets. The term includes a video game or production intended for Internet or wireless distribution, an interactive website, digital animation, and visual effects, including, but not limited to, three-dimensional movie productions and movie conversions.
More information and Applications are available at www.FilMiami.org

To meet with the Miami Dade Film Commission at FOCUS 2018 at the Business Design Centre in Islington in London on the 4th & 5th of December 2018 register for a FREE delegate badge here.

Sandy Lighterman is the Film and Entertainment Commissioner for Miami-Dade County. Under her purview is County’s Office of Film & Entertainment. Ms. Lighterman is responsible for the growth and development of the Billion Dollar film, television, music, digital media, commercial advertising and still photography industry in Miami-Dade County.
Ms. Lighterman serves as an advisor to the Miami Dade College School of Entertainment and Design Technology and is the Chairman of their Advisory Board. Ms. Lighterman serves on the Advisory Boards for Miami Media and Film Market, Miami Film Development Project, Florida International University School of Journalism and the PBS Film-maker program. Ms. Lighterman just She also serves as a judges for various Film Festivals including for the Miami International Film Festival Cinemaslam series and is on pitch panels for several area colleges and high schools.. Ms. Lighterman is a participant in the Big Brothers, Big Sisters program. Ms. Lighterman has received the Advocacy award from the Miami Urban Music and Film Festival and the Betsy Pacesetter Award for her deep professional commitment and advocacy for the South Florida film and entertainment industry. The After School Film Institute(ASFI) at AP Mays Conservatory of the Arts just created the Sandy Lighterman Scholarship for underprivileged youth.

Sandy Lighterman joined the Miami-Dade County Office of Film & Entertainment in 2008, enjoying a successful 25+ year career as a film and Television producer. Ms. Lighterman brings a wealth of industry experience to her position from producing 200+ music videos and TV commercials, as well as, television series and independent films. In 2007, she retired from her production career in order to stay closer to home and her children. Ms. Lighterman holds a bachelor’s degree in Mass communications from the University of Miami.