FOCUS talks to Yariv Lerner, CEO of Nu Boyana Film Studios in Bulgaria about the unique model of script to screen services he has developed at the studio 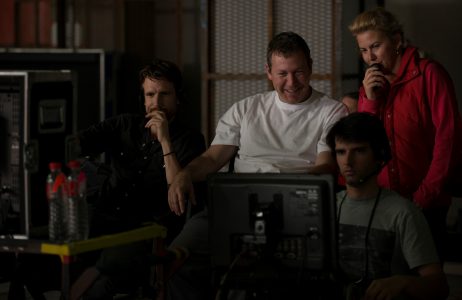 What brings you and Nu Boyana back to FOCUS again this year?

This year we are back with the idea to present the options for Filming in Bulgaria. (You are welcome to our presentation on Dec 4th, 11:00 am, Presentation Bay). Together with our partners from B2Y Productions, Mainstreet Entertainment and Solent Film we will meet with producers and filmmakers and discuss directly with them the services they could get for the projects they want to make in Bulgaria. 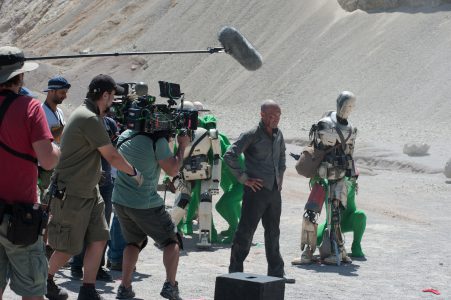 The movie industry in Bulgaria has more than 100 years of history, film crews working on world-class level, experienced local production companies and on top of that state of the art filmmaking facilities. Our company Nu Image was the first foreign entity which back in 1998 started to invest in the development of the local film industry. For almost 2 decades now we have been training the Bulgarian crews to work side by side with some of the best film professionals in the world. We have invested over 50 million euros to build the infrastructure you see today at Nu Boyana studios in Sofia. Many small and medium size local companies have emerged to service the film industry process. We keep moving forward and at this fourth edition of the Focus Show we will announce the creation of the BulgariaFilmCommission.com website which will facilitate foreign producers to choose from variety of reccommended service companies and guide them in the process of deciding if Bulgaria could be their next filming location.

Please tell us about Nu Boyana and particularly about your unique model of script to screen services? 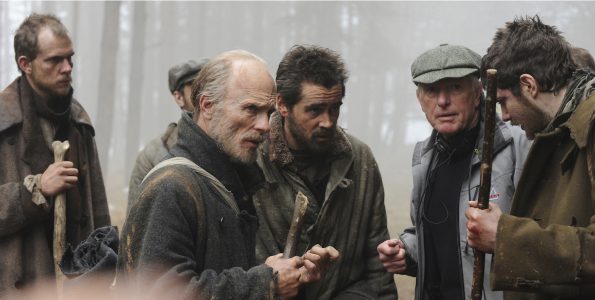 Our script to screen model simply means that we are there with experienced team to help the filmmakers on every step of their process. We provide not only all latest filmmaking facilities, standing sets, equipment, props, Concept art, VFX and etc. but also the whole package of services to producers and directors in order to facilitate them in creating their features, short or documentary films, TV series, commercials or any other kind of audio-visual projects. We have ten sound stages in different sizes and we recently opened the most modern water tank in Europe which is 20m x 20m x 6m deep, featuring a UV filtration system, reducing chlorine usage, with a surface skimmer to take away surface film dust etc, a 10 ton overhead mobile crane, and heating to 33 degrees.

Although Bulgaria doesn’t have a formal filming incentive you have much lower operational costs and therefore the ability to offer producers ‘more bang for their buck’ than central or western Eurpean countries. Please tell us about how competitive Nu Boyana is cost wise and also for post production.

In Bulgaria there is a fixed 10% flat rate tax for personal and corporate income which is one of the lowest in Europe. We offer competitive package prices and high production value – you see on screen every euro spent. We also guarantee local 20% VAT refund within 30 days. We are constantly upgrading our video, VFX and sound post production facilities and crews so we can be competitive and ensure that the movies that are produced in the studios will also do their post production with us. It was a great joy to welcome Cannes Festival Palme D’Or winning director Nuri Bilge Ceylan and his team to mix The Wild Pear Tree (Official selection Cannes 2018) in our sound mixing stage.

What foreign productions have recently been taking advantage of the exceptional facilities and services that Nu Boyana offers. 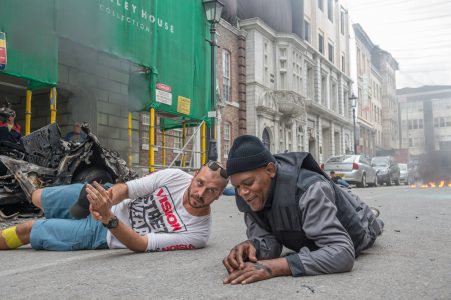 Last fall we serviced the production of Millennium Media’s project Hellboy, directed by Neil Marshall (The Descent), starring David Harbour, Milla Jovovich and Ian MsShane. UK TV series Plebs have been returning to shoot with us for five consecutive seasons. In 2018 among the big projects that we serviced are Angel Has Fallen, starring Gerard Butler, Morgan Freeman, Tim Blake Nelson, Piper Perabo, Jada Pinkett Smith and Nick Nolte. With Ric Roman Waugh (Snitch, Shot Caller) at the helm. Nu Boyana Roman set was used for locations for the UK feature Horrible Histories: The Movie, directed by Dominic Brigstocke (The Armstrong and Miller Show) due for release 2019. We provided extensive services and facilities for this production including grip, lighting, costume and a number of different grades of technicians. We are happy to have hosted the production of a big project from India – Brahmastra. We recently wrapped The Outpost directed by Rod Lurie (The Contender) and with a script based on the book by CNN’s anchor and Chief Washington correspondent Jake Tapper. Scott Eastwood, Caleb Landry Jones and Orlando Bloom are in the cast. Our crews are currently in Tenerife shooting Sylvester Stallone’s Rambo V, while Amazon Prime’s Absentia with Stana Katic is still filming in Bulgaria.

Observing Nu Boyana as an outsider, it would seem that you are constantly pushing the boundaries of what a traditional studios does. From a school for producers to financing local production. What is next? 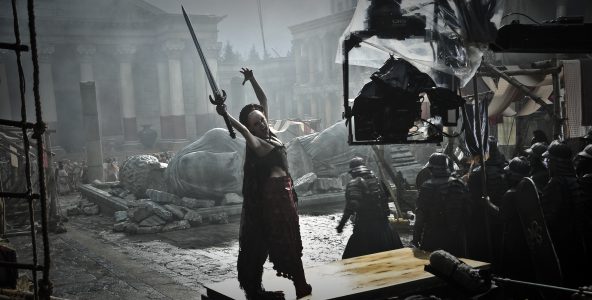 I believe that you should always try to leave a place better than you found it. We opened our FilmForge centre for vocational training and internship programs for aspiring filmmakers. We work closely with Bulgarian producers and help them achieve better results with their projects. In Nu Boyana we have established a unique ecosystem of creative thinking people who constantly encourage each other to push boundaries. The studios provides the best environment for all of them to experiment, to grow and develop their skills every day. Nu Boyana is a place where on every corner you can see new opportunities. We have many plans so stay tuned for news in 2019!

Yariv will be taking part in the exhibitor presentation “Filming in Bulgaria” in at 11:00 – 12:00 on Tuesday 4th December. To attend, register for your free delegate badge here. 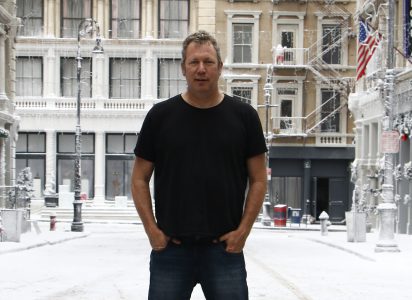 Yariv Lerner became involved in the movie industry in his early years. His producer credits include The Hitman’s Bodyguard (2017) and Hellboy (2019). He has also worked on various other Millennium Media productions among which blockbuster franchise hits like The Expendables and the Has Fallen series. Yariv is also the founder of Udaya Entertainment and producer of purpose-driven cinematic film for yoga, fitness and well-being. From 2002 to 2007 he had a successful career as a professional volleyball player and a coach.

To meet with Nu Boyana at FOCUS 2018 on 4/5 December, at the Business Designs Centre, Islington, London, register for a FREE delegate badge here.