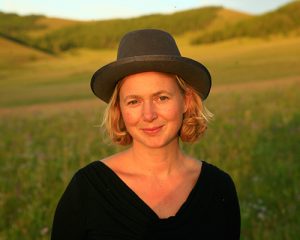 Karina what brings you and Panoramic back to FOCUS this year?

The custard pies on the Portuguese stand! Aside from tasty nibbles, Focus offers a great time and space to network with Producers, Location Managers and others from our sector. Being niche of niche there aren’t many events tailored to our specialisms and so sharing a few days amongst people on the lookout for something new and exciting draws us back. We enjoy catching up with production teams we have worked with before and making new connections with people interested in working with us to shoot in Mongolia, Myanmar or Bhutan.

I believe that Focus this year is exploring the Dimensions of Disruption – aspiration, inspiration and legacy. Although the attention might be on the changing landscape of the creative industries, it is the disruption caused by climate change that I will be interested to explore with people I meet. I believe and hope that both fictional and documentary films will in the coming years be exploring what mankind’s likely legacy is going to be. Mongolia is one of the countries most affected by climate change. There are some very powerful and visual stories and locations that we can connect Producers to. I am very keen for Producers from all sectors of our Industry to realise that Mongolia is not just a viable place to film – but also an exciting place to produce important and captivating work. I will be emphasizing in particular the scale of the projects that we are up for taking on. We have in recent years overseen all aspects of vast shoots including simultaneously arranging great remote bases from which to shoot. 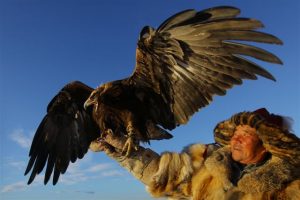 Since we started in 2003 Panoramic Fixers (a part of Panoramic Journeys) have arranged over 150 shoots in Mongolia, Myanmar and Bhutan. We have gained a reputation, particularly amongst adventure and natural history Producers, for pulling off ambitious and challenging shoots. Setting up efficient and comfortable camps for the foreign crew in some of the world’s most remote locations and most extreme conditions is only a small part of what the Panoramic team thrive on. Our destinations, especially Mongolia, suit a vast range of projects, enabling us to become experts in all sorts of wonderfully random things eg.
• how to transport bear spray 6000km across nations;
• how to film a totally mythical species;
• how to keep kit and crew happy at minus 40 degrees Celsius;
• where a model can swim with an elephant;
• where you might find an eagle hunter with impaired vision
• How to shoot 200 kids racing across the steppe with no defined race track

What foreign productions have you provided production services for in the past few years and where?

Alone (Season 5) A survival series, for which we provided a local crew of 45 for 6 months. ITV America. The History Channel. Produced by Zach Green & Ryan Pender

Karina Moreton is the leading authority on filming in Mongolia. She and her team have gained a reputation for pulling out of the bag challenging shoots that deliver both editorially and within budget. Having decided aged 14 to try to make a positive impact on the world through film, Karina studied Anthropology and worked in Production for over a decade. Frustrated with the programs being commissioned back then she applied for film school. When the National said she had too much experience to go there, she set off with a video camera. Within a few days of being in Mongolia Karina and her now husband James changed their life plans and, 165 film shoots later, they are still dedicated to sharing their love of Mongolia with the world.

To meet with Panoramic Journeys at FOCUS 2018 on 4/5 December, register for a FREE delegate badge here.