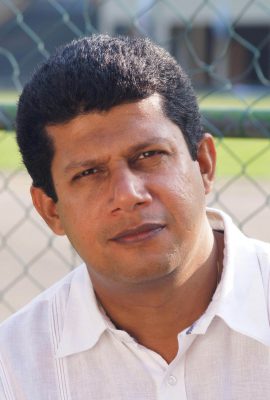 Shyaman what brings you and Frames TV & Film Production Services back to FOCUS this year?

We’ve been participating in Focus since 2016, and it’s encouraging to note that more and more industry professionals from around the globe are gathering year after year to network and develop their business continuously. I personally look up to Focus as my bridge to enter the European and UK market. Sri Lanka is a fountain of great locations for the keen-eyed film maker, and I’m proud to take my tiny island in to the ever-growing global film industry. Every time I come to Focus, I see a growing number of famed producers, directors and other top industry professionals present and willing to network to expand their horizons as well.

As Focus is the largest Film Production Promoting Event in London, my regular participation enhances more international film production opportunities year in year out. It also helps me build close relationships with other professionals spread worldwide. As Sri Lanka is relatively more affordable than other tropical filming locations, Frames TV & Film Production Services can give any overseas producer the price advantage upfront. Under the tutelage of Shyaman, they also have access to internationally experience crew which would be refreshingly advantageous when the actual shooting takes place. Also, this expertise and fine discipline is extended to post production and other aspects of finishing, making Frames a formidable and logical party when you think of Sri Lanka as your next filming destination.

We strongly believe in providing the hassle-free total solution for film productions. With our established links with the Sri Lankan government and the private sector alike, Frames TV & Film Production Srvices can offer the best package solution to any overseas film company looking to use Sri Lanka as their key location. Our list of services covers; Location scouting, obtaining location permission and permits for film production, preparation of affordable budgets for any type of project, construction of set-designs by expert set designers and production designers, providing local casting directors and all other support services and technical assistants. I personally have clocked 30 years as a reputed film maker in my home and with both local and foreign productions under my belt, I’m fully confident about our strengths and networking capacities to help provide an easy platform for any overseas company to jointly work to make their production a resounding success. 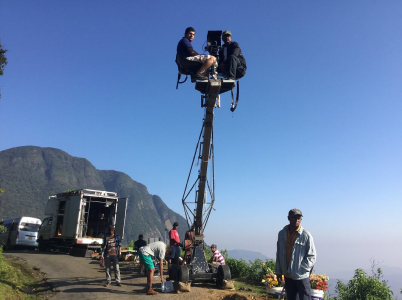 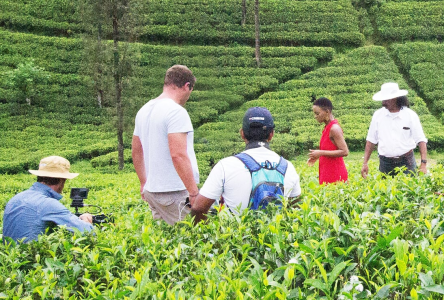 Shyaman is an independent film director /producer and location provider committed to putting the tiny island Sri Lanka on the global map of film production.

As the head and the visionary driving force of Frames TV & Film Production Services, Shyaman wants to challenge conventional paradigms.

With 30 years of extensive experience in both local and international productions, he is surrounded by eager young people looking to enhance their filming career opportunities both in the island and overseas.

Shyaman has managed to create visual artistry that cuts across all genres of films, documentaries, and well over 2000 commercials and music videos with his own personal stamp of finesse.

He started his filming education with a focus on communication and entrepreneur business management, moving on to complete his Masters and Bachelor of Arts in Mass Communication.

He then formally trained at the National Youth Centre in TV & Film Production, excelling as an all-rounder in many production disciplines and functions then advance post production training in UK and India.

Over the course of his career, Shyaman used this accumulated skill and knowledge to pioneer into internationally trending filmmaking systems and technologies such as non-liner editing, node-based composition and sound design in Sri Lanka, establishing himself as an unorthodox filmmaker in the local industry. 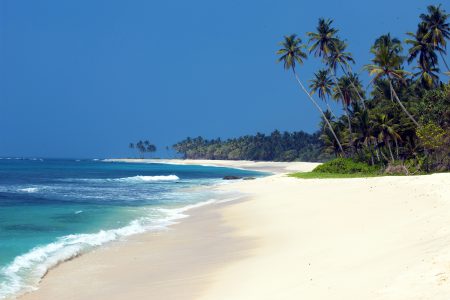 His creative vision has garnered him recognition and accolades from the industry.

Shyaman went on to win the Best Sound Designer Award for his pioneering efforts in the film ‘Suriya Arana’ at all three of the most prestigious local film award galas; the OCIC Awards, the Sarasavi Film Festival and the Presidential Award Ceremony of Sri Lanka.

He has also been recognized numerous times for his contribution in television commercials, winning numerous SLIM Brand Excellence Awards over the years. He also led his team at Frames TV & Film Production Services to win the UDC Award in 2011 in Malaysia for Best TV Commercial Production Company, Most Affordable Film Destination Award in 2017 Hyderabad India, making their mark as an internationally acclaimed production house within a short span of time.

Shyaman has always understood the significance of staying up-to-speed with international industry standards in visual storytelling and has invested in training and knowledge gathering for his team, so that as a cohesive unit, Frames TV & Film Production Services has comprehensive experience in developing world-class visual artistry.

He sincerely believes in empowering young professionals, discovering raw talent and guiding them to gain industry exposure, setting benchmarks for them to meet and exceed.