The rapid pace of change in the creative screen industries emerges as key talking point at FOCUS’ high-level programme of seminars.

London, 18 December 2018 – Record attendance and exhibiting figures, an expanded programme of panels and keynotes, plus a raft of networking events all combined to make for a highly successful FOCUS 2018. Over 2700 professionals – including UK and international visitors, exhibiting organisations and official delegations – attended FOCUS over two days (December 4-5) representing all sectors of the creative screen industries and over 70 countries. A 40% increase in footfall contributed to an even busier show this year.

Visitors were able to meet with 244 exhibiting companies (up from 173 in 2017) who packed the Business Design Centre in Islington, London. They included international film commissions, location providers and production service companies offering filming incentives and production solutions from pre to post.

The growth at FOCUS comes as the screen industries continue to enjoy booming levels of international production, across film, high-end television drama, commercials and branded content. Programme sessions responded to the fast pace of change within the sector, with an overarching theme The Dimensions of Disruption – Aspiration, Inspiration and Legacy informing the thinking and framing of this year’s event. All of the content was created to look further at the impact of change and how the creative screen sector is responding in terms of the ways it now works and will work, over the next few years. A doubling of content sessions offered free-to-attend panels, workshops and presentations featuring over 160 industry leaders. 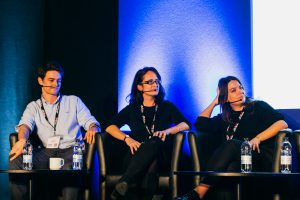 Sustainability played a major role at FOCUS 2018 through an expanded Green Zone, an area dedicated to addressing the environmental impact of the production industry. Presented in association with AdGreen and BAFTA’s albert, the Green Zone showcased eco-friendly companies and featured a Green Academy with dedicated sessions offering advice to production professionals about lowering their carbon footprint. 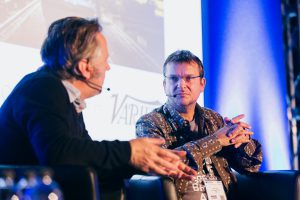 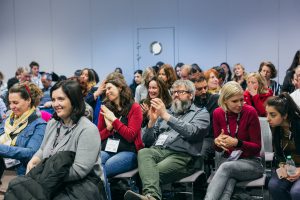 FOCUS Managing Director Jean-Frederic Garcia said “After the success of 2017, we could not be happier to see how well received FOCUS 18 has been, counting visitors from all across the world and from all sectors of the creative screen industries. We enjoyed a lively exhibition hall, an amazing conference programme and many networking opportunities. Many thanks to the CAB, all our speakers, exhibitors, partners and sponsors and we look forward to seeing everyone again for yet another fantastic FOCUS 2019.”

FOCUS The Meeting Place for International Production returns to the Business Design Centre on 3rd and 4th December 2019 for the fifth edition. 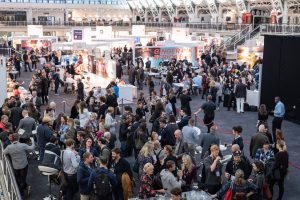