Written by Tom Deehan on Jan 8, 2018. Posted in General Interest Written by Tom Deehan on Jul 14, 2017. Posted in On Location / Production News

After spending just ten minutes in Western Norway I was in awe of the possible filming locations. According to Norway’s newly announced state budget for 2017, the nation’s 25% rebate will have its fund increased from NOK45 million to NOK56 million (USD7 million), allowing it to extend to more productions than ever before. [slideshow id=415] In mid-September TLG was invited by Film Commission Poland to join six American Location Managers on a fam tour to explore the Central-European country. Written by Tom Deehan on Sep 8, 2016. Posted in Incentive News

A new regional film fund entitled Zefyr has launched in Norway to cover productions filming on location in the southern and westernmost areas of the country. Written by Tom Deehan on Sep 5, 2016. Posted in Incentive News

After early reports in July that a proposal for a 25% cash rebate was being considered by the Finnish Government, we can now confirm that the incentive will be implemented from 2017 onwards. 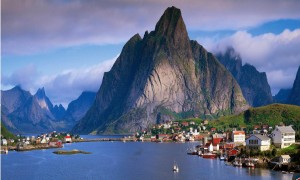