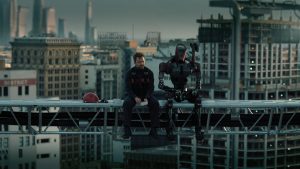 Location Manager Mandi Dillin, LMGI (Inception, Interstellar), has worked on HBO's Westworld since the first series. In series three viewers are taken outside of the Western theme park into a new "technocratic metropolis". Dillin explains how her team decided what the world outside of Westworld looked like, and why locations are such an important element of the series.

The streaming wars heat up due to coronavirus

Written by Shona Smith on Apr 15, 2020. Posted in General Interest

Coronavirus is the dominating headline of 2020 for the screen industry, but what has its impact been on what was anticipated to be one of the biggest unfolding stories of the year: the streaming wars?

Written by Shona Smith on Mar 2, 2020. Posted in Production News

CBS have announced Hawaii Five-0 will end after a ten series run with a two-hour special airing in April. The series has filmed two-hundred-and-forty episodes in the Hawaii since 2010.

Written by Shona Smith on Feb 25, 2020. Posted in Awards and Festivals

Glasgow will feature heavily in Matt Reeves upcoming Batman film which will see Robert Pattinson take on the titular role. Principal production began in January in London, shifting to Glasgow in February. Oscar Winners 2020: Where did they shoot?

Written by Shona Smith on Feb 10, 2020. Posted in Awards and Festivals

South Korean feature Parasite made history at the ninety-second Academy Awards by becoming the first foreign language film to win in the best picture category. The Location Guide takes a look at where Parasite, and the other winning films shot. 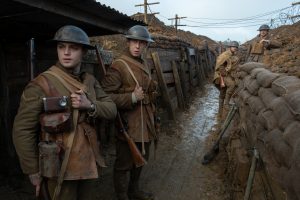 Written by Shona Smith on Feb 3, 2020. Posted in Awards and Festivals

1917 dominated the 2020 BAFTA Film Awards, sweeping seven of the categories. Joker entered the night with the most nominations which translated into three wins on the night. Awards season favourites including Parasite, Little Women, Jojo Rabbit and Once Upon a Time in Hollywood all found success but, despite being nominated in ten categories, The Irishman went home empty handed. Written by Shona Smith on Jan 27, 2020. Posted in Incentive News

Since its introduction in early 2019, ten international projects and sixteen national projects have been approved for the 30% incentive. According to the Polish Film Institute, who handles the incentive, support totals EUR12 million while the amount of expenses incurred in Poland under the co-financed projects reached EUR 50 million.