Written by Tom Deehan on Nov 6, 2017. Posted in On Location / Production News

Netflix’s adaptation of Margaret Atwood’s celebrated novel, Alias Grace, was filmed on location in Kingston Penitentiary, Ontario. Built in 1835, the site is now open for public viewing after ceasing operation in 2013. Written by Tom Deehan on Oct 26, 2017. Posted in On Location / Production News

The pilot for a potential show based on the critically acclaimed Locke & Key comic book series, is now being filmed on location in Lunenburg, Nova Scotia. The pilot is being developed for the streaming service, Hulu, who are keen to build on their recent success with The Handmaid’s Tale by offering more content to compete with Netflix and Amazon. 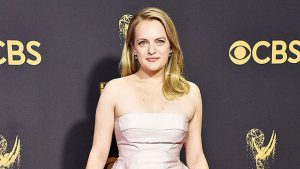 Written by Tom Deehan on Sep 18, 2017. Posted in Awards and Festivals / General Interest

Hulu’s adaptation of Margaret Atwood’s acclaimed dystopian novel, The Handmaid’s Tale, has scored no less than five honours at the Emmy Awards 2017, including the accolade for Outstanding Drama Series. Written by Tom Deehan on May 30, 2017. Posted in General Interest

Despite pundits predicting success for Robin Campillo’s 120 Beats per Minute, Ruben Östlund’s satirical-drama, The Square, has emerged as the winner of this year’s Palme d’Or award at the Cannes Film Festival.