British Columbia in western Canada has appealed to Ontario and Quebec for filming incentive co-operation. British Columbia argues that having the provinces work together will benefit Canada more than having each compete separately for international productions like Man of Steel. 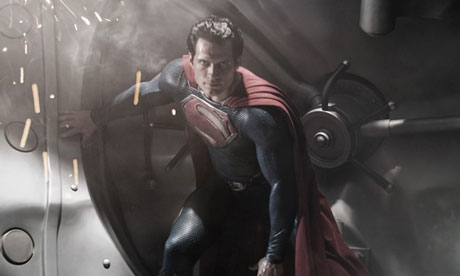 Filming incentives have been hugely controversial in British Columbia in recent months. The province’s basic 33% filming tax credit only covers labour costs - short of what’s on offer in Ontario and Quebec - and the regional industry has suffered a decline since hosting Man of Steel (left).

The provincial government in British Columbia has resisted regional calls to increase the filming incentive. Instead, Finance Minister Michael de Jong has appealed for co-operation between the provinces.

“As a country, and individual provinces within the country, we are better off to stop competing to see who can send the biggest cheque to Hollywood,” de Jong told the Globe and Mail: “The objective is to avoid what has happened repeatedly where the largely foreign production sector of large studios is able to extract a richer subsidy regime in one jurisdiction to then put pressure on other jurisdictions.”

As a country, and individual provinces within the country, we are better off to stop competing to see who can send the biggest cheque to Hollywood.

So far the response from further east has not been encouraging for British Columbia. Ontario’s Culture Minister Michael Chan told the outlet that his government was “quite comfortable” with the existing situation and reiterated the need to compete internationally as well as domestically.