Nigerian version of Desperate Housewives to film on location in Lagos

A Nigerian version of the long-running US suburban satire Desperate Housewives is to film on location in Lagos. African broadcaster EbonyLife TV is co-producing with Disney Media Distribution EMEA and is searching across Africa for writers familiar with the original show. 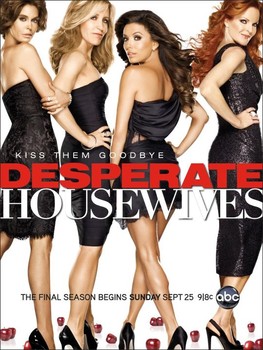 Desperate Housewives ran for eight seasons in the US and satirised life in an affluent neighbourhood in suburban America. The show’s African incarnation will be broadcast in mid-2014 in around 44 countries across the continent.

“We are looking for experienced, imaginative and creative script writers who are masters of suspense and intrigue,” said Quinty Pillay, Director of Scripted Programming at EbonyLife TV: “We are searching for writers who are very familiar with the show Desperate Housewives, on the one hand, and the cultures and traditions of Africa, particularly Nigeria, on the other hand.”

“We are going to give the stories an African flavour,” commented Mo Abudu, CEO and Executive Chairman of EbonyLife TV: “We will localise it because there’s nothing that the West has that Africa doesn’t have - we love, we fight, we kiss, we make up.

“We like all the good things in life. There’s good and there’s evil globally. So all those human interests, those things that appeal to you, believe me, appeal to us also. The series spoke universally to women and to men, about relationships, marriage and bringing up children.”

We are going to give the stories an African flavour. We will localise it because there’s nothing that the West has that Africa doesn’t have - we love, we fight, we kiss, we make up.

This will in fact be the sixth incarnation of Desperate Housewives to be produced since 2006. Versions have been made in Turkey, Argentina, Colombia and Brazil, plus one for Hispanic audiences in territories including the US and Mexico.

While Lagos has been named as the main filming location, it’s not clear at this stage whether a set will be built specially for the shoot. The original Desperate Housewives series was filmed on a studio back lot.