BBC motoring series Top Gear is set to film highway scenes on location in the Okanagan region of central British Columbia. The province is a production hub in Canada and offers a 25% production services tax credit on qualified labour costs. 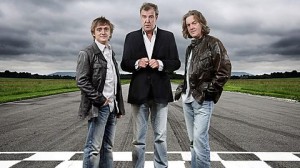 “This is awesome for the region as the show has such a huge worldwide audience,” said Jon Summerland, head of the Okanagan Film Commission: “It is great exposure for our area and for producers to see the kind of scenery and locations we offer.”

Top Gear is renowned for its international location filming, but while the format is massively successful, it routinely draws complaints from viewers. Matters escalated during a recent shoot in Argentina, which had to be cut short when locals accused the production team of making a flippant reference to the Falklands War with a cryptic vehicle number plate. The BBC denied any wrongdoing and the show has since filmed separate sequences in Australia with little media fanfare.

British Columbia is one of the top production hubs in Canada, although its filming incentive lags behind eastern rivals Ontario and Quebec as the support applies only to local labour costs.

In recent years, British Columbia has hosted major features like Dawn of the Planet of the Apes and Godzilla, both of which filmed in Vancouver. The city is a particularly popular double for San Francisco, which lacks an effective filming incentive and comparable studio infrastructure.