Written by Tom Deehan on Jun 8, 2016. Posted in General Interest

The Association of Film Commissioners International have launched a brand new competition for this year: The 2016 Creativity Awards. This announcement brings to an end the three year hiatus of AFCI’s previous ceremony, the Marketing Awards as the association rebrands to a more inclusive format. The Creativity Awards provides all AFCI members with an opportunity to showcase the very best of their marketing skills from the past 18 months. 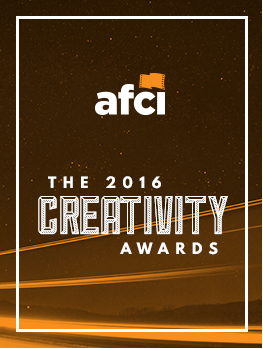 The AFCI have partnered with The Audience Awards, a Montana based video content platform to bring the Creativity Awards to fruition. Their expertise will provide winners and contestants with a chance to market their work on a global scale.

Submissions will be taken from August 1st to 19th, with the winner being announced the following month at AFCI’s Cineposium conference in Atlanta, Georgia.