Written by Murray Ashton on May 31, 2018. Posted in Interviews

Since the release of Disney's Queen of Katwe, foreign producers have begun to reconsider Uganda as a viable filming location for their upcoming projects. We sat down with Derrick Kibisi, who has been offering production services in Uganda for years as founder of Talking Film Production, to discuss Uganda's cinematic potential. 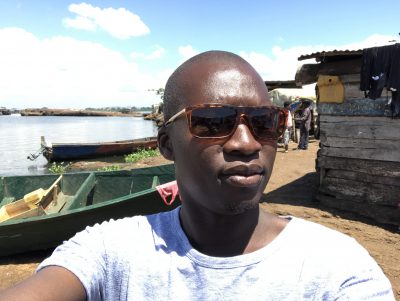 How did you end up in this industry and how did you become a producer?

I started working in the media production industry as an office assistant in 2002 and since then I have had hands-on experience in film/TV production. I originally studied software engineering and later studied production in Nairobi. I worked for a couple independent production companies in Uganda and Kenya before I went freelance by setting up Talking Film Production in 2012.

Derrick, you offer production services for Uganda but what other countries and regions do you cover?

Please tell us about the locations Uganda has to offer foreign producers?

Uganda is a fast growing, prime location for foreign film productions in search of lush green scenery, a tropical climate and stable security. It is home to one of Africa’s most diverse range of wildlife - the Bwindi Impenetrable National Park for example is home to the Great Apes. It is blessed with the source of the longest river in the world (Nile River) and the biggest fresh water lake (Lake Victoria). It also is home to the highest mountain ranges in Africa, the Mountains of the Moon in the Rwenzori. 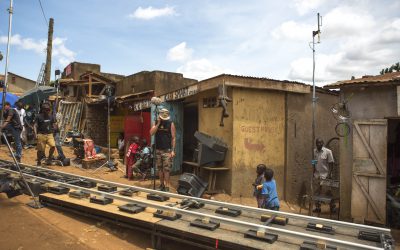 Please tell us about process required to get a filming permit in Uganda.

Please tell us about the film production infrastructure and facilities for filming in Uganda?

Uganda is one of the fastest growing economies in Africa and as such, the local film industry infrastructure is on the rise. While there are no major studio spaces or a dedicated tax incentive, Uganda is still a prime location to shoot in between South Africa and Morocco. The country’s official language is English, the skill level of the local crew and talent combined with a wide cultural diversity are rising steadily as more international film and television productions shoot here and at a low cost.

What type of foreign productions do you mostly work on? 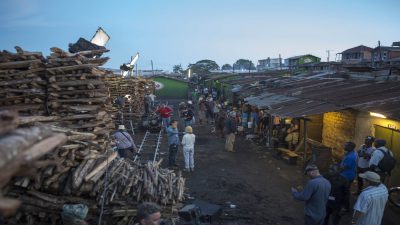 What foreign productions have you worked on in the past couple of years?

On the commercial side, we’ve worked with Vodafone, Innocent Smoothies and Chase Bank, just to name a few.

Are there any particular tips or recommendations you would like to share with producers considering Uganda as a filming destination?

Ugandan visas are easily obtained on arrival at Entebbe airport for a cash payment of USD50. We have two dry seasons, (December to February) and (June to August), with an average temperature of 26 degrees Celsius. We have two wet seasons, (March to May) and (September to November). The dry seasons are definitely the best time to film generally and track the Great Apes. It’s worth noting however that the rainy season is no reason to postpone your shoot as it generally rains for an hour or two and the rest of the day is clear and sunny. 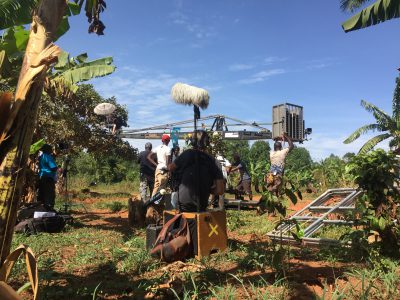 What has been your hardest location challenge to date and why?

During the production of the Disney’s Queen of Katwe, we had to lock down traffic and close various streets in the slums. As soon as camera started rolling, the shop owners start blasting loud music and causing chaos. It took negotiations with the Uganda police and intervention from the Kampala City Council Authority to allow the shoot go on.

Our biggest challenge on Sara’s Notebook (the Spanish thriller) was getting permission from the Uganda Police to rent and use blank bullets in various parts of the country including locations near sensitive security establishments.

What do you love most about being a local line producer in Uganda?

As a local line producer in Uganda and the surrounding countries, I get to manage the day-to-day physical aspects of the production and also get to meet people of different backgrounds everyday. I am given an opportunity to showcase the beautifully rich and diverse culture of the region.

It is also an amazing feeling when I have an opportunity to offer employment to local crew and contribute to economic change in my community and above all, improve the local film industry.

I love traveling, cooking and later in the night, enjoying the crazy nightlife of Kampala.