Shot in Liverpool, the production used a former location of critically acclaimed TV drama, Peaky Blinders (pictured below) to build sets for the visual spot that sees legendary footballer Mo Salah reflect on his success, and the challenges and ambition that got him to be where he is today. 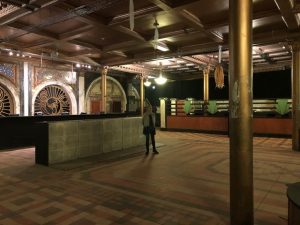 Created in collaboration with JWT Cairo & Alex Bank, the co-production between ASAP Productions Egypt and Madam Films UK was directed by Rob Sanders.

The 60’ commercial brief was to create various setups using image projection for an in-camera effect & one of the biggest challenges was creating these different opportunities for projection across a variety of mediums in a short space of time.

The project sees MADAM return once again to Liverpool with the production consisting fully of local crew who are regular contributors to the production company’s portfolio of work out of the city.

The one day shoot with a pre-light and dressing day came with a time pressure of a 5-day turnaround for creative requiring a high level of production design. Design solutions included a monolith steel cube, glass screen & a wall of smoke with a lighting design team working in tandem with MADAM’S go-to production designer, Jane Carroll, to create the smoke & light screens. Each creative option was given its own set for director choice on the shoot day. 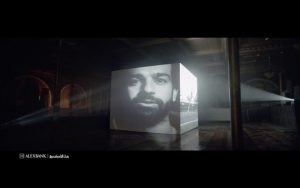 Michelle Stapleton, Executive Producer & Co-Founder of Madam Films said "it’s always a pleasure to be able to put your Producer hat on and work alongside the director as well as servicing, which I was able to do on this job.  The client was really brave with this idea.  Visually arresting and very emotional and for a Bank - a rare combination indeed".

Amin El Masri, Executive Producer at ASAP Productions Egypt noted that "being a hands-on producer, not being able to attend this shoot after having been awarded the project, wasn’t easy at all. The decision to trust Madam to co-produce this film turned out to be a spot-on decision. Madam made me feel as if I was there in person and handled all the on-the-ground production just perfectly". 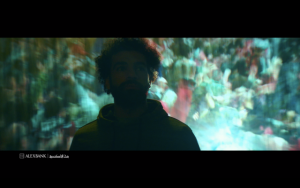 Carly Stone, Executive producer and Co-Founder of Madam Films emphasised the tight tun around for the spot, explaining that "the brief came in on the Saturday, job confirmed Sunday evening and we were pre-lighting by the Friday. It is unusual to receive creative starring a premier footballer that doesn't including playing football, we loved this visual idea and had an amazing team to pull it together so quickly”.

Clients JWT Cairo and Mo Salah also returned as clients of MADAM & the partnership completes with ASAP Productions Egypt. ASAP and MADAM are country partners within Production Service Network, providing the opportunity to work globally with a network of experienced and trusted production companies.

You can view the film here.