Written by The Location Guide on Sep 21, 2022. Posted in General Interest

Madrid City Council and Madrid Film Office, together with the Region of Madrid, presented last Tuesday (September 20) at the San Sebastián Festival the new opportunities that Madrid offers to the Audiovisual Industry. 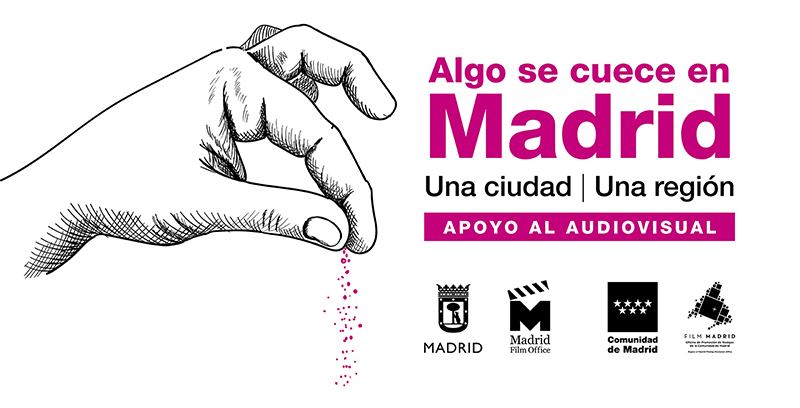 The city of Madrid has positioned itself as an important audiovisual hub in recent years, with an annual increase in projects. Many of them for international platforms such as Netflix, HBO Max, Amazon or Apple, which have opened production centers in the region. Just in the first half of the year, with the support of the Madrid Film Office, the city has hosted the shooting of 37 television series, 27 films and more than 225 advertisements.

Just in the first half of the year, with the support of the Madrid Film Office, the city has hosted the shooting of 37 television series, 27 films and more than 225 advertisements.

On the other hand, the Madrid City Council launched in 2021 its first line of subsidies for the production and promotion of audiovisual projects related to Madrid. In 2022, the total budget increased to EUR3 million and received 144 applications. In addition, the city council supports access to financing through Crea SGR, with a total contribution of EUR8 million to guarantee bank loans for projects.

This boost to the audiovisual sector is also reflected in programmes aimed at training, networking and project development. During these months the city will host two prestigious international programmes, Cartoon Springboard and two training workshops Torino Film Lab. The fourth edition of the Residencies promoted by the Academy of Cinematographic Arts and Sciences of Spain and Madrid City Hall will start this month, with 20 new filmmakers. At the end of September, the Ibero-American industry will meet at the second edition of Iberseries Platino & Industria. And in October, Madrid Film Office promotes for the fourth year a training session on sustainable production.