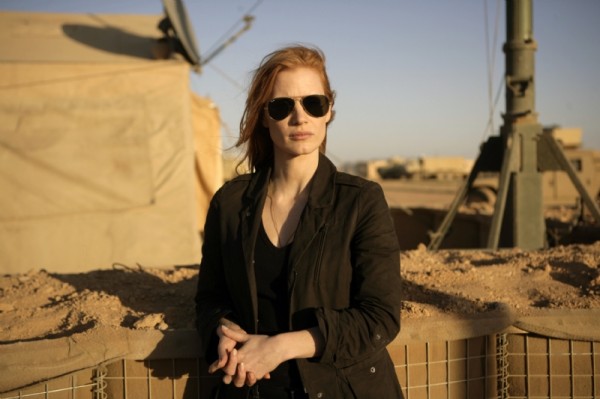 Bigelow filmed in Jordan for around 70 days over a period of nearly five months, using locations including private residences, army bases and Amman office spaces. The shoot was serviced by Slate Film Services based in Amman and The Royal Film Commission Jordan also gave logistical support with location permits, equipment clearance and access to military bases.

A full-size replica of the Pakistan compound was built in Jordan close to the Dead Sea and the borders with Israel and Syria. The production team put together details of the compound’s design and layout using publicly-available news reports and the research of screenwriter and producer Mark Boal.

London-based Framestore put all the research together to construct a 3D digital replica of the compound and blueprints were put together, the LA Times reports. The set was designed to withstand the force of a crashing Black Hawk helicopter, a scene that was shot in line with the events of the actual operation.

We flew real Black Hawks in; there was a Black Hawk 50 feet over that set with Kathryn and every actor inside it.

Jeremy Hindle was the film’s Production Designer and spoke to the outlet: “We built it for real out of stone and steel. We flew real Black Hawks in; there was a Black Hawk 50 feet over that set with Kathryn and every actor inside it. So the compound was two-and-a-half times over-engineered [to withstand the crash].

“There were nine-foot caissons (support structures) underground, steel and cinder blocks. It was a bunker; it would be hard to blow that place up.”

The set was built over ten weeks and was made without removable walls to amplify the sense of realism. Cast and crew squeezed into the small spaces, feeding off the set’s unique “energy”. Realism extended to the set dressing too, with an AK-47 assault rifle hung above Bin Laden’s bed and the outside corridor filled with stacks of newspapers.

“It was haunting, for sure,” Hindle adds: “There were bomb-sniffing dogs checking the set before you walked on; there was a lot of security.”

Zero Dark Thirty opened in the US in December 2012 and its global release starts this week.