New Zealand will encourage more high-end TV productions of the calibre of Spartacus to film locally by making its filming incentives more accessible. From October 2013, the spending threshold for television productions to qualify for support will be sharply reduced. 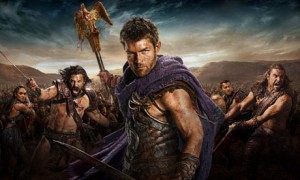 Television series filming on location in New Zealand will face a much lower spending threshold of just NZD4 million to qualify for the country’s 15% Large Budget Screen Production Grant. This represents a reduction of more than 70% from the NZD15 million figure and will open up the filming incentive to projects with lower budgets.

“The changes could also mean more local film and TV producers are able to make content that is attractive to overseas markets.”

We want more international screen productions to come to New Zealand and utilise our world-class expertise and scenery.

The spending threshold to qualify for New Zealand’s 15% post-production incentive will also be reduced from NZD3 million to just NZD1 million, which could help boost the local visual effects industry.