Brigitte Yorke studied at South Seas Film and TV School in Auckland and started as a runner in Wellington before working her way up to Unit Production Manager. She talks to The Location Guide about New Zealand’s changing industry and working on the biggest movies of the past decade.

Yorke had gained experience on music promos and commercials in both the UK and New Zealand – including a stint at Cloud 9 Screen Entertainment Group – when her big-screen career began in Wellington. She was recruited to the position of Art Department Co-ordinator on Peter Jackson’s Lord of the Rings trilogy, a role that was the start of an ongoing association with the filmmaker. 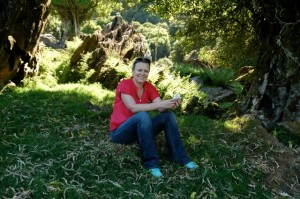 “At Cloud 9, I had worked with [art directors] Dan and Chris Hennah and when they started working on Lord of the Rings they asked me if I was interested in working as the Art Department Co-ordinator for the projects,” Yorke recalls.

“Obviously I couldn't say no to that! After principal photography was completed on that in 2000 I went back to freelance production work in Wellington. I guess my big break - or step up - came in 2002 when Barrie Osborne, the Producer on Lord of the Rings, asked me if I was interested in returning as a kind of housekeeping Production Manager.”

Yorke became Production Manager on pick-up shooting for Lord of the Rings trilogy-closer Return of the King, which she describes as “a pretty huge learning curve”. She has worked on all of Jackson’s films since, plus James Cameron’s sci-fi epic Avatar, which also filmed partly in Wellington and is now set to film three sequels locally as well.

Her latest role has been as Unit Production Manager on the Hobbit films, originally planned as a pair of movies before being expanded to a trilogy. Yorke describes it as her “biggest challenge to date”.

The recent increase in the filming incentives to 20% will have a tremendous impact on the New Zealand film and television industry.

“I was on the project for four years, starting in 2009 with Guillermo del Toro attached to direct. We didn't start filming until March 2011 so it was a very long, drawn out pre-production period where we would ramp up to start and then slow down again, keep scouting, keep designing and budgeting some more.

“Then Guillermo and our Executive Producer Callum Greene moved on, Peter Jackson came onboard to direct, we had the Actors Equity issues, Warner Brothers flying in, prep ramping up again, Peter getting sick (the director was hospitalised briefly with a perforated ulcer), Carolynne Cunningham (the First Assistant Director) having to reschedule the whole film, moving the location portion of the shoot from March 2011 to October 2011 - it never really let up.”

When the lengthy shoot finally began, a whole set of unique logistical challenges presented themselves. Not least was the matter of getting a core cast of 13 dwarves (above), a hobbit and a wizard, plus their scale doubles and stunt doubles, through make-up, prosthetics, costumes, armour and weapons on a daily basis.

“I worked very closely with Jared on the budget side of things,” Yorke explains, “especially given we had done the budget a long time before we had any locations locked off so it was important that we had open lines of communication between us. Locations and Production worked hand-in-hand on the location portion of shooting.”

New Zealand’s production industry and filmmaking profile got a major boost from the Lord of the Rings trilogy, but more recently the country’s international appeal had begun to decline even with the success of the Hobbit films. In December 2013 the government announced long-awaited improvements to the country’s filming incentive programme and these helped secure the Avatar sequels.

“The recent increase in the incentives to 20% will have a tremendous impact on the New Zealand film and television industry,” Yorke states: “It had been at 15% since 2004 and in that time we had simply been overtaken by so many other countries that people were no longer considering New Zealand as a filming option. The increase to 20% will change that. It puts us back on the table to be realistically considered alongside other countries.” 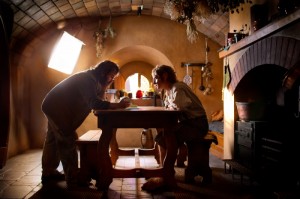 Yorke also notes that part of New Zealand’s appeal is that crews work under a guild system, rather than being unionised. They operate as independent contractors – something that was in fact formalised as a condition of the Hobbit films shooting in New Zealand in the first place – and there is no teamster system.

“By the time producers reach out to me they have usually already decided that they want to make their project in New Zealand so I don't really have to convince them,” Yorke finishes: “Usually they get out here, fall in love with the place and never want to leave!”