John Bernard started his career working on features in the Dordogne in south-west France, before learning his craft at Pinewood Studios in the UK. Now he runs Jake Productions in Monaco and its French partner Peninsula Film in Paris, and has worked on shoots including Martin Scorsese's Hugo. 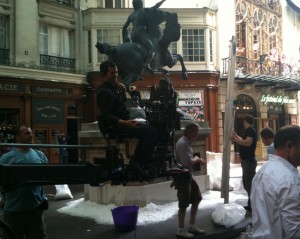 Over the years Bernard has worked on many of the biggest international features that have filmed in Paris, including Steven Spielberg’s political drama Munich, spy drama The Bourne Ultimatum and Christopher Nolan’s ambitious dreamscape thriller Inception.

“My ability to speak French was a crucial skill that helped progress my career early on,” Bernard explains: “One of my big breaks was working as Location Manager on Ishtar in Morocco.”

International productions filming in Paris tend to come to the city for the iconic locations rather than spending a lot of time in a studio. Bernard comments that as a result it becomes particularly important for producers and location managers to have a good rapport with the municipal authorities.

“It’s no more difficult to film on location in Paris than in any other major city and it’s also important to remember that advances in visual effects can help enhance existing locations. They are a very useful tool.” Bernard says.

The French fringes are high but the overall package makes up for this. The discipline and skill of the local crew combines with a work ethic and a level of organisation that’s extremely cost-effective.

Bernard lists Martin Scorsese’s period adventure Hugo (below) among his proudest achievements of recent years, as well as Inception. Christopher Nolan’s thriller involved complex pyrotechnics for a series of explosions in a Parisian street when a French cafe is revealed to be a dreamscape in the story.

“Getting all the relevant permissions to shut down the street for several days and control many of the residential blocks around it was quite an achievement!” Bernard recalls. 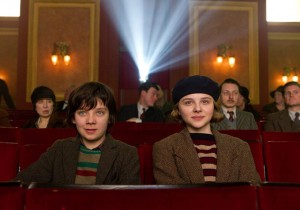 Although many international productions film in Paris they generally only stay for a few days at a time. France offers the TRIP (Tax Rebate for International Production) as a filming incentive, but Bernard clarifies that the benefits are limited for above-the-line talent and crew.

“The French fringes are high,” he explains, “but the overall package makes up for this. The discipline and skill of the local crew combines with a work ethic and a level of organisation that’s extremely cost-effective and means local production is very efficient. Both Jake Productions and Peninsula Film also have the distinct advantage of having a ‘bi-cultural’ awareness, which helps when working with US and French teams.

“The TRIP mainly benefits craftspeople and other below-the-line crew. Over the years it has been incrementally expanded to cover accommodation costs and travel to and from France, both of which are major factors in appealing to international productions.”