Edinburgh hosted 361 separate productions in 2014, resulting in a local economic impact of nearly GBP 5 million, an increase of 53% on the previous year. Television drama Outlander filmed in the capital for 19 days. 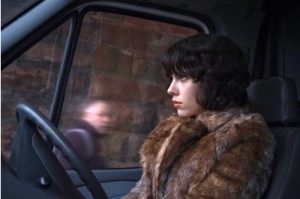 A revised Film Charter for Edinburgh was launched in 2014 to streamline the location filming process and make production easier.

“On average, we had around three productions filming every day in the Edinburgh region last year,” said Rosie Ellison, Film Manager for Film Edinburgh, which supplied the figures for the year: "This equates to over 70 additional filming days compared to 2013.

“Feedback on the practical support and simplified procedures following the publication of our new Film Charter has been overwhelmingly positive and we’re delighted that the message that Edinburgh is a ‘film-friendly’ city is being taken on board by production companies.”

Recent high-profile productions to have shot in Edinburgh include Jonathan Glazer’s acclaimed alien feature Under the Skin and the BBC’s drama Murder, from the director of Swedish crime series The Killing.

Ellison also refers to plans for a major purpose-built film studio facility just outside Edinburgh. Pentland Studios would be privately funded and separate from the government-backed studio facility that Scottish authorities reaffirmed their commitment to last autumn.

Scotland is developing its reputation as an international filming location, but the government faces continued pressure to build full studio facilities. In addition, prominent industry figures have in recent weeks accused the country’s screen agencies of not doing enough to promote Scotland’s film industry.

(Under the Skin image: FilmNation Entertainment)