George Clooney films Tomorrowland A World Beyond in Vancouver

Filmmaker Brad Bird shot his new adventure movie Tomorrowland: A World Beyond with George Clooney on location in Vancouver, and also in Alberta and Spain. The film tells the story of a young girl who seeks answers about the existence of a mysterious alternate future world. 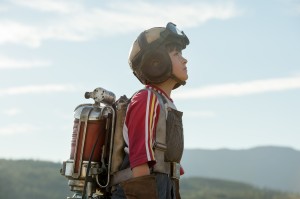 Tomorrowland was inspired by its namesake section of Disneyland, which Walt Disney opened in California in 1965 as an overtly optimistic vision of the future. Brad Bird and his team decided to present a story premise that Tomorrowland does in fact exist but in a mysterious alternate world.

Creating Tomorrowland was one of the central challenges the production team faced, especially as the decision was made early on that the emphasis would be on real locations and physical set-building rather than visual effects.

The futuristic visuals of the City of Arts and Sciences in the Spanish city of Valencia were chosen as a stand-in for part of Tomorrowland. Designed by architect Santiago Calatrava, the building immediately caught the eye of Tom Peitzman, the film’s special effects supervisor and co-producer.

A couple of ideas were going to cost over a million bucks and were not guaranteed to work, so I said, ‘Alright, we’ll just have to be lucky.’

“Calatrava’s architecture is just phenomenal and inventive and exciting,” comments producer Jeffrey Chernov: “It’s very skeletal, like you’re looking at the vertebrae of a dinosaur or prehistoric fish. You walk into that place and you never want to leave. That’s the vibe we wanted for Tomorrowland.” 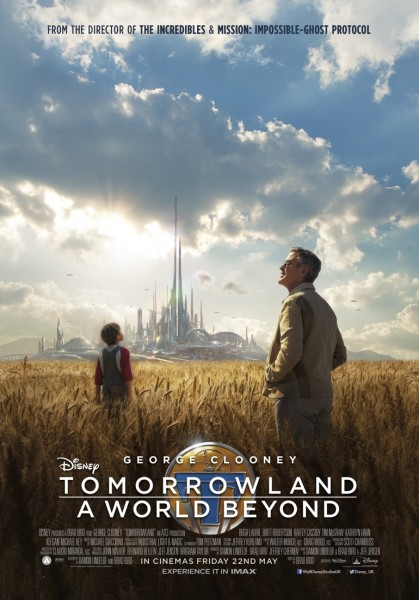 Location filming also took place on rural farm locations in Alberta, and briefly in the Bahamas and in Paris, as well as in Disneyland in California.

The main set – Tomorrowland’s Bridgeway Plaza – was the size of half a football field. It needed to be higher than most studio ceilings to accommodate aerial stunt work and a fully functioning 16-foot-high monorail, while also allowing room for the tall cranes necessary to light such an expansive set. An exterior build was the only practical option.

Set construction took a full six months. Tomorrowland in fact appears in three different decades over the course of the film – 1964, 1984 and 2014 – so six weeks of set changes were needed each time to reflect the separate time periods.

Given that Bird and his team were working with an exterior set, weather was an ongoing concern. Initially this was tempered by a planned summer shoot, but George Clooney’s availability – he was still filming The Monuments Men in Germany when he committed to Tomorrowland – led to the shoot being postponed to the Vancouver winter, making rain more of a threat.

“Because the construction crews up here are accustomed to the weather they’ve built a lot of lean-tos and different tarp systems to keep sets dry,” Chernov explains. 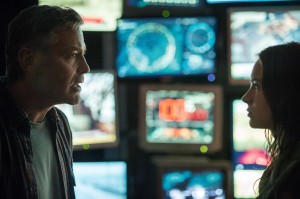 “We just had to figure out a way to cover it, to make it bulletproof no matter the weather.

“They came back with a couple of ideas that were going to cost over a million bucks and were not guaranteed to work, so I said, ‘Alright, we’ll just have to be lucky.’”

And lucky they were. The shoot ended up coinciding with the driest six weeks of Vancouver winter for decades.

“Everybody thought we were crazy to try it, and I agreed with them,” Chernov concludes: “It was a huge relief when we wrapped.”