Written by Murray Ashton on Jun 27, 2017. Posted in Interviews

On location in Atlanta with Location Manager Douglas Dresser

Known for his work on such projects as Ghost in the Shell and The Revenant, Location Manager Douglas Dresser is soon to make waves again with his latest project, Baby Driver. Directed by Edgar Wright, the film about a young getaway driver suffering from tinnitus required an extensive shoot in Atlanta last year. We sat down with Douglas to know what went into the production of Baby Driver and what makes Atlanta such a popular filming location. 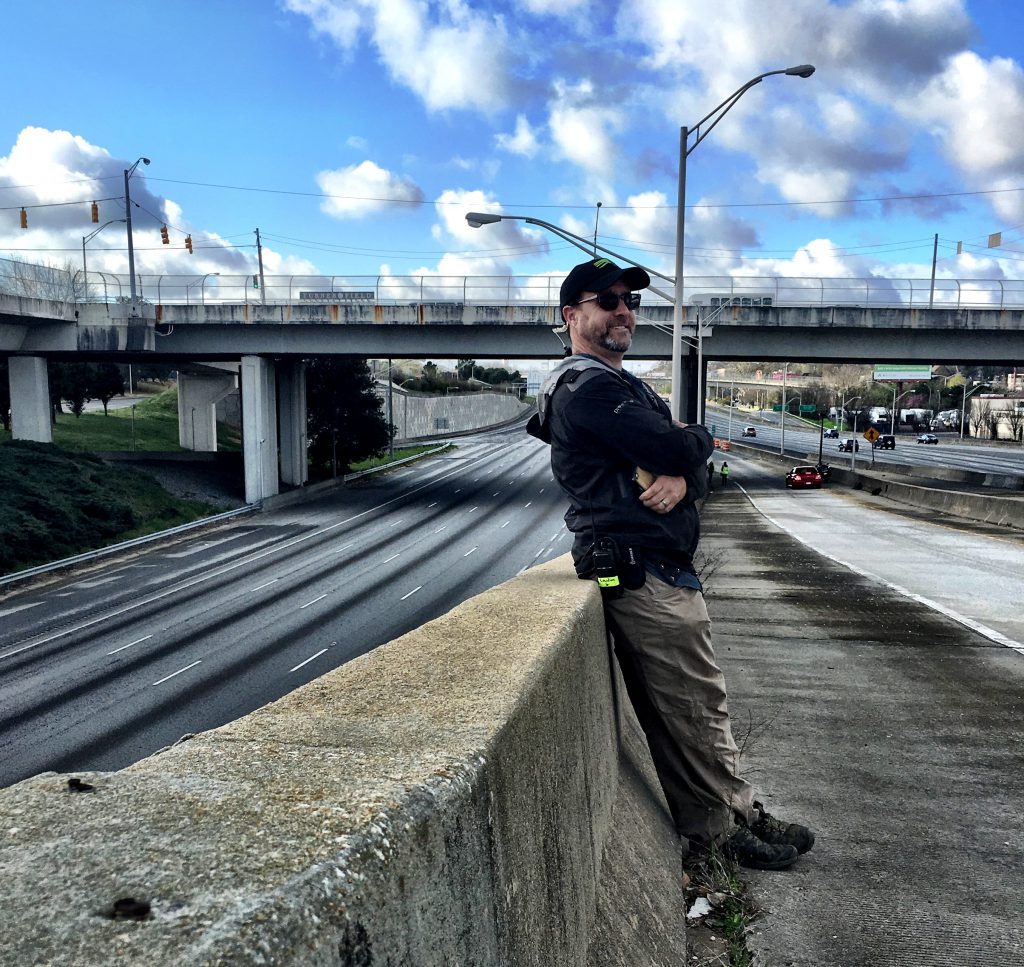 I was born into the business. My grandfather was in radio, my parents met whilst working in production on the American game show, To Tell the Truth, and I work in movies!

How long have you been in the business?

I have been working in film production for 20 years now but it seems like only yesterday I first started. I have worked in over 20 countries and have been very fortunate in my career.

What can you tell us about Atlanta as a filming destination?

Atlanta is hot. As you know there are more studio features being filmed in Georgia than in California. Most of it has to do with the incentives but the studios come back because of the talented cast and crew base, reasonable fees and a helpful permit process. 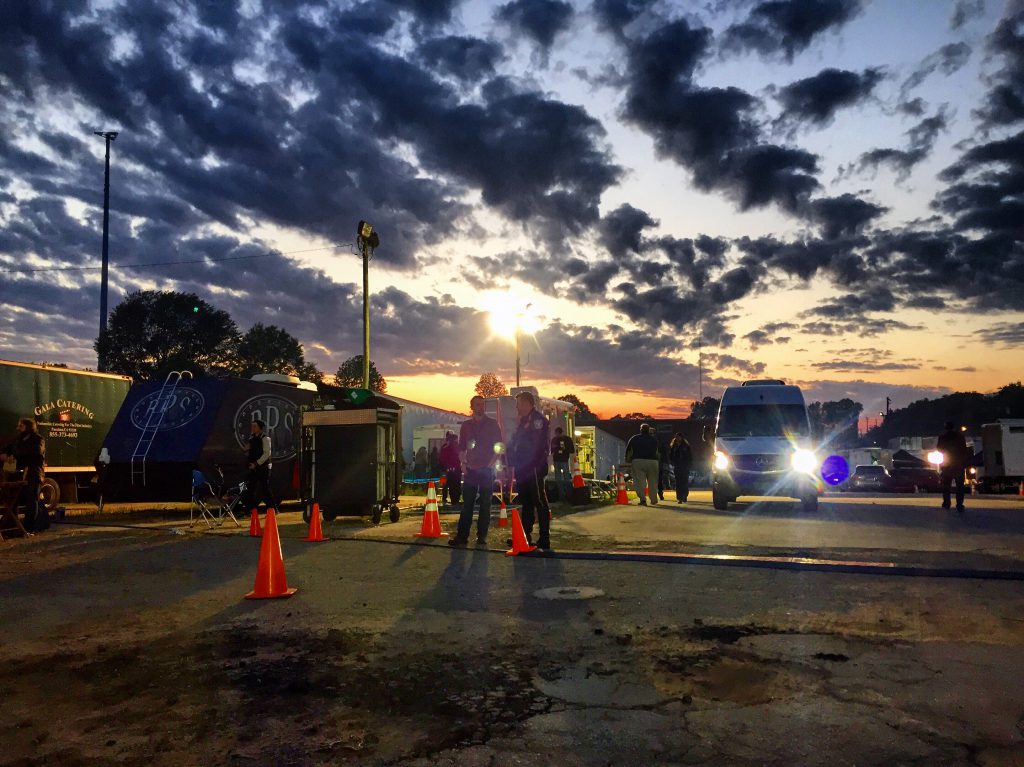 What locations are most commonly used by foreign or out of state productions coming to shoot in Atlanta?

Atlanta is not that big of a city. Like most production centres, many of the main streets downtown are filmed often. You have to make sure (in any city) that you inform and take care of local businesses and the public so they don’t get burnt out. Atlanta is no exception. It’s so busy that you sometimes have to work with other productions to shoot the same streets.

What locations worldwide has Atlanta been used to double for?

Atlanta has been used for New York, San Francisco and many other cities! But please don’t tell anyone… that’s movie magic.

What are the advantages of filming in Atlanta? 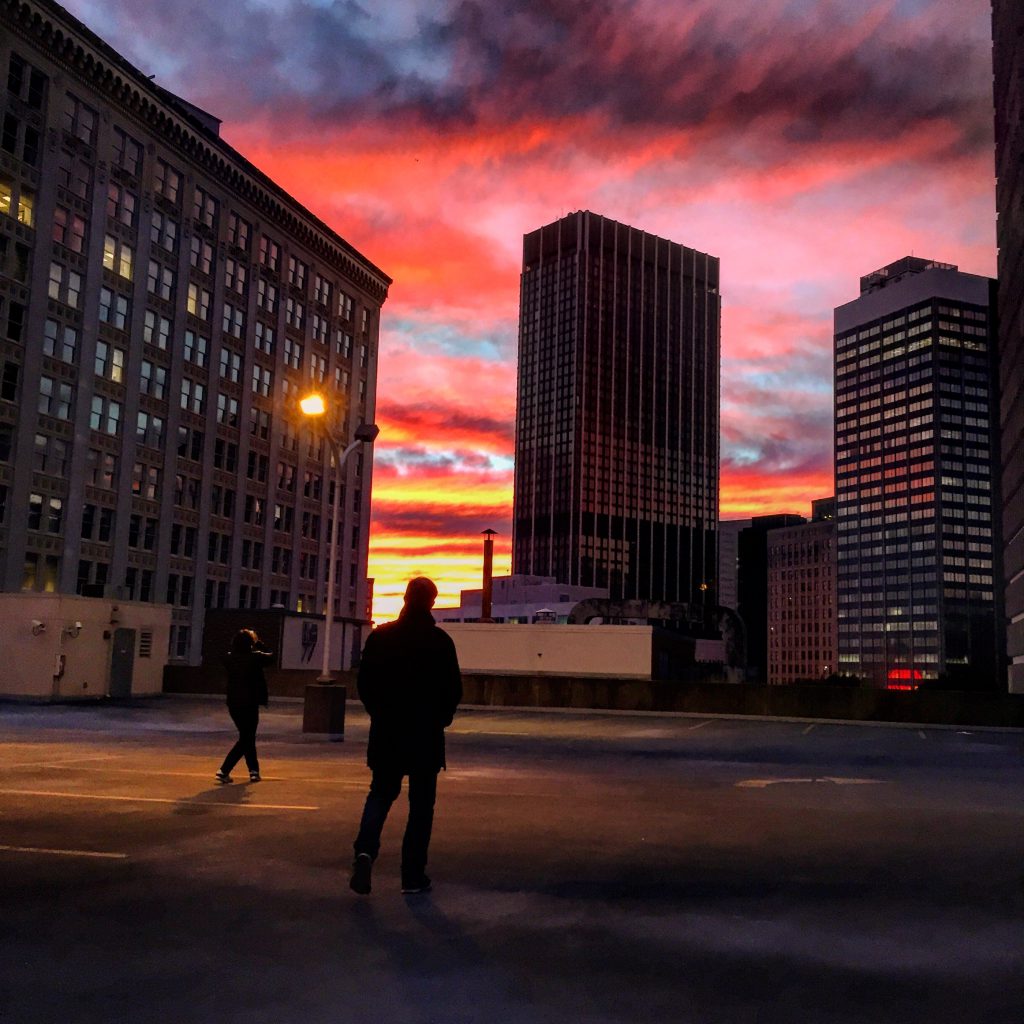 Please tell us about your location filming experiences on Baby Driver

Edgar Wright wanted to set Baby Driver in Atlanta so he tailored the script specifically with the city in mind. He wanted to incorporate local language, local celebrities, and see the city as it actually was instead of trying to fake it for LA or NYC. If ever in doubt, we would always go back to Sharky’s Machine starring Burt Reynolds as the best Atlanta movie to rely on.

The hardest moment we had on Baby Driver was filming on interstate 75/85, the main freeway in the heart of downtown Atlanta. We worked with the city and State transportation authorities for months to film on that road. Hundreds of thousands of people use that freeway every week and we wanted to race a car down the wrong direction through traffic. We conducted studies to find the best and time for filming, working closely with Atlanta PD, GDOT and the Georgia State Patrol to do stunt safely. Everyone worked so hard on this sequence and I hope the audience enjoy all that we went through. 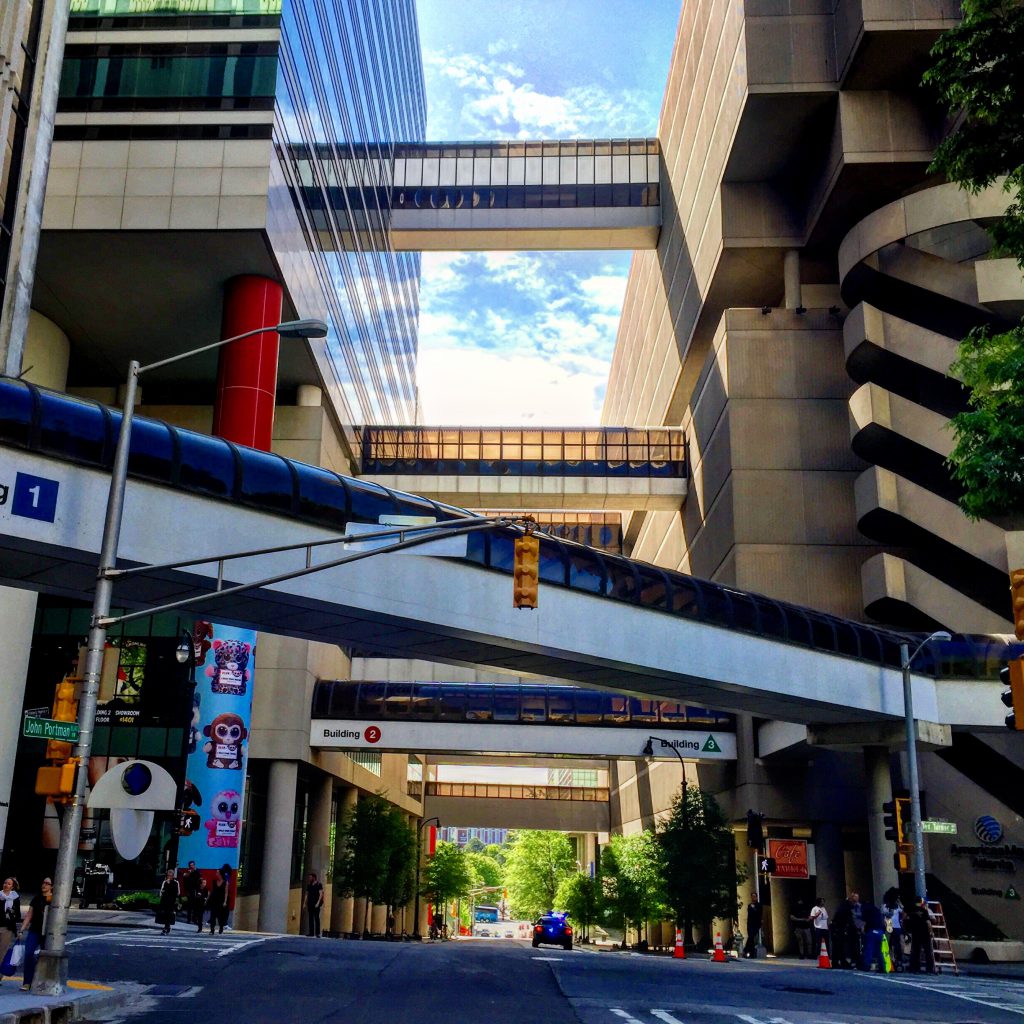 Are there any particular tips that you would like to share with our readers about filming in Atlanta?

Be patient, do your homework, treat people fairly, give yourself time.

Atlanta has a lot of really great restaurants, nice places to go hiking on the weekends and great live music and festivals. I don’t want to tell you my favourite restaurant because it’s hard enough as it is to get a reservation!

What do you do to chill out after a long and demanding shoot like Baby Driver?

I tend to work all over for my job so when I finish I go back home and try to remind my family that I’m still around (hello boys, I am your father!).

Thank you for your time Douglas.