Written by Tom Deehan on Aug 10, 2017. Posted in General Interest

East Antrim MP Sammy Wilson has urged Northern Ireland’s tourist board to speak with HBO to turn the Game of Thrones set in Magheramorne Quarry into an official tourist destination. 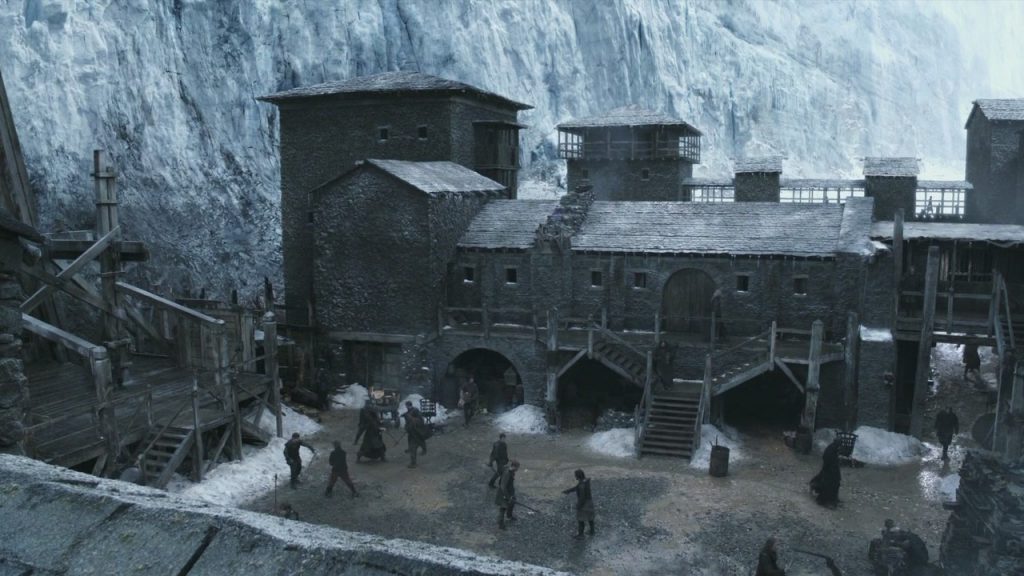 Sammy Wilson explains: “Game of Thrones has captured a huge audience across the world and it was obvious from the number of people who came to visit the Dark Hedges and the number of buses that stop at the gates of Magheramorne Quarry so that people could get a glimpse of part of the set sitting high on the quarry side, that there was massive tourist potential in giving greater public access to the sets that had been built for the filming of the series.”

Magheramorne Quarry is used to depict Castle Black (pictured), the home of Jon Snow and the men of the Night’s Watch.

He continues: “to add the Game of Thrones set to the mix would be of immense benefit in realising the full potential of this magnificent site, which is the size of the whole of the Titanic Quarter of over 300 acres and it is an opportunity that should not be missed. Sadly, in the absence of a functioning Assembly and a dedicated Northern Ireland Minister, this is an opportunity that could pass us by and therefore it is incumbent on officials within the Department of Economy and the Tourist Board to take up the issue and start exploring what potential there may be with HBO.”

Game of Thrones has been a huge component of Northern Ireland’s tourism strategy ever since the show began airing in 2011. Tourism Ireland even provides a dedicated travel plan for tourists who wish to scout the show’s locations for themselves, which includes stops at Shillanavogy Valley, the Cushendun Caves and Mussenden Temple.

Productions that shoot in Northern Ireland have access to the UK’s 25% tax rebate on filming. High-end TV shows need to spend a minimum of GBP1 million per-broadcast hour to access the incentive, while feature films need only spend 10% of their budget within the UK.

Pre-production is now underway for the eighth and final season of Game of Thrones, with the potential for multiple spin-offs also being discussed.