The second series of the spy thriller which sees Sandra Oh play an impulsive MI5 officer in pursuit of international assassin Villanelle, portrayed by Judie Comer continues its game of Cat and Mouse across covetable European locations. Series two picks up after the cliff hanger ending of season one in Paris and continues to take in as many international settings as its award winning predecessor. 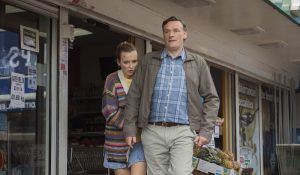 The first series catapulted from one side of the continent to the other, from Moscow to Italy's Tuscan countryside. Despite series one writer Phoebe Waller Bridge handing over the baton to Emerald Fennell, this element has not changed.

Sandra Oh, who picked up the Golden Globe for Best Actress for her portrayal of Eve Polastri in the series said “The locations are so important to the storytelling and are a big part of the style and genre if the show. They fill the show with such a richness and depth which is irreplaceable – you just can’t do it with CGI or on an LA backlot”. 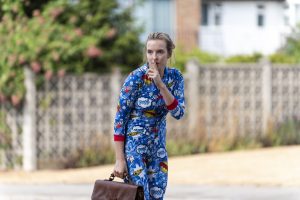 Although shooting in sophisticated international cities, the series rarely relies on recognisable landmarks to set the scene, opting instead to feature less distinguishable cityscapes. Lee Morris, an Executive Producer at Sid Gentle Productions explains“we have a policy which is to steer away from the touristy, more familiar aspects of any city. We try to find a real part of it instead. When we’re in London, we don’t really see the London Eye or the Houses of Parliament, but we see roads that couldn’t really be anywhere else, and there will be London buses”. 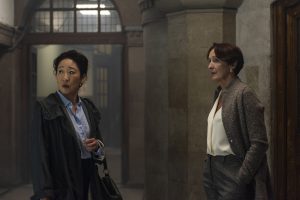 Nevertheless, the production travels to cities featured in the series, opting for the real deal instead of doubling. The series opens in Paris, where Villanelle lived during the first series. Jodie Comer commented that “pretty much all filming has been on location for this season. When we were filming in Paris, France won the World Cup so it was pretty epic to see all that craziness going on”. In comments to Conde Nast Traveller magazine, Lee Morris revealed that the Gare de l’Est doubled for the Gare du Nord because although it is also a large station, it is less busy than the station that houses the Eurostar. Morris adds that “the French railway authorities were very helpful to us. They allowed us to hire a train and platform for a day”.

Cities visited in the second series include Amsterdam, where the Koningstraat district was transformed into the red-light district with set dressing, as well as the Rijksmuseum on Museumstraat.

Rome also features in the series. Locations included Hadrian’s Villa in Tivoli, where the series finale takes place. The ancient villa  recently picked up one of the EUFCN’s Set of Culture awards during Cannes Film.

London, where the production is based was once again well used by the production, also hosts its fair share of on location filming. New locations such as the school where Polastri’s husband teaches and a new headquarter for the MI5 operation (pictured above) were incorporated into the second series. Elsewhere in the UK, Oxford, as well as the Forest of Dean in Gloucestershire in feature in the series.