Bang Bang Films and B-Reel Films headed to Spanish capital Madrid to shoot a quirky romance for major watch brand Titan. Tagged features a couple travelling around the city together when their watch straps become linked. 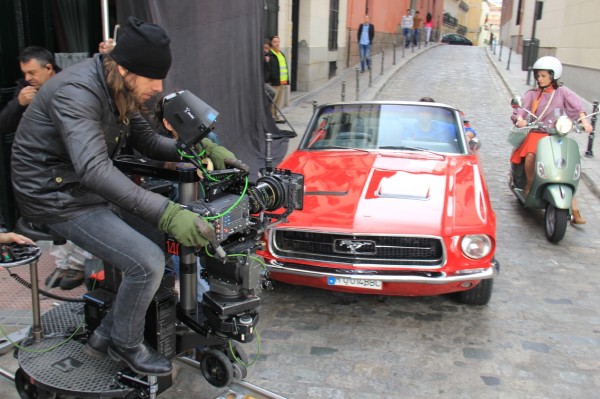 Facing a tight production schedule, Bang Bang Films avoided the bureaucratic permits process of filming on the crowded roads of India. Instead they entrusted Spanish servicing company Camino Media to find the right filming locations that would lend a Western European feel for the commercial’s Indian audience.

“The abundance of olive-skinned, dark-haired actors in Spain,” explains Michael Moffett of Camino Media, “coupled with the range of locations with a Euro air that Camino Media could offer right in Spain’s capital city - plus a full roster of local English-speaking crew - saw all efforts focus on Madrid.

“An urgent production calendar allowed no time for agency creatives to visit and recce with us before deciding on which locations to permit for the shoot.”

"Indian television has OD'd on Bangkok, Kuala Lumpur and even Cape Town," says Bang Bang's Founder and Managing Director Roopak Saluja: "Shooting in Western Europe has generally proven to be out of reach for Indian budgets. But we found Spain to be very reasonable."

Production logistics were of paramount importance as Camino Media planned filming locations and arranged shoot permits on the ground. The schedule demanded that advance teams be sent to prepare each location ahead of time.

"Madrid offers a great view with a mix of old and new," offers Bang Bang's Head of Production Cyrus Mendes: "A brilliant, efficient team at Camino Media helped us with the location scouting, permissions and setup. We're looking forward to working with them again in the future."