Employment in Virginia’s production industry has grown since the eastern-US state enhanced its location filming incentive in 2010. Eleven productions including Steven Spielberg’s Lincoln got a total of USD12 million in incentive payments and spent more than five times that figure locally. 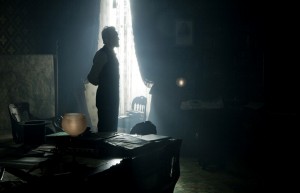 The state offers a filming tax credit worth up to 20% of qualifying expenditure and a grant fund is also available.

Virginia enjoyed a boost with the Oscar-winning Lincoln and other high-profile productions to visit have included Tom Hanks’ true-life modern piracy drama Captain Phillips. Direct spending in the state has come to nearly USD12 for every dollar invested in the filming incentive programme, the numbers reveal. The total economic benefit for Virginia was valued at USD140 million over three years.

“Since we increased funding in the Governor's Motion Picture Opportunity Fund and enacted tax credit legislation, employment in the Virginia film industry has increased 15.7%, after a previous decline of 9.5%,” said Governor Bob McDonnell: “These numbers demonstrate the kind of positive results a targeted film incentive programme can have for Virginia.”

These numbers demonstrate the kind of positive results a targeted film incentive programme can have for Virginia.

“Added-value we have uniquely incorporated into our incentive programme is buying advertising for Virginia as a tourism destination,” added Virginia Film Office director Andy Edmunds: “Killing Lincoln (a National Geographic docudrama) for example produced and broadcast a commercial promoting the Commonwealth that was seen in over 170 countries.”

Spielberg’s Lincoln production got a filming incentive of around USD3.5 million and spent about seven months on location in Virginia. Daniel Day-Lewis ended up winning an Oscar for his performance as the Civil War President.