Advocacy group the North Carolina Production Alliance (NCPA) has formed to promote the state’s filming incentive. A generous 25% filming tax credit is set to expire at the end of 2014 and the production industry is lobbying for a renewal to attract more shoots like Stephen King’s Under the Dome. 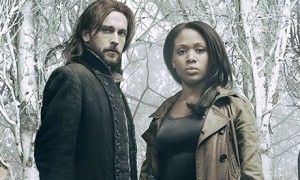 North Carolina’s filming incentives helped deliver local production spending of around USD250 million in 2013, according to the North Carolina Film Office. However, as is the case across much of the US, there is disagreement over the extent to which local communities truly benefit from the business brought in by the filming incentive.

The NCPA is planning to provide a more comprehensive report outlining ways in which the filming incentive boosts North Carolina’s economy.

“Past studies conducted by the Commerce Department have been manufacturing-based in their focus”, said NCPA Chairman Bill Vassar, who is also Executive Vice President of EUE/Screen Gems Studios in Wilmington, on the organisation’s website: “They have looked at job categories and skill sets that are not relevant to our industry. Simply put, the actual impact of workers in our state has not yet been captured. This new type of study will offer a more realistic depiction of film’s impact on North Carolina.”

The filming incentive programme has been a major part of North Carolina’s national appeal.

North Carolina is a popular filming location and hosted the first Hunger Games movie, as well as Marvel’s Iron Man 3. Over the past year its high-profile TV shoots have included domestic terrorism drama Homeland, Stephen King miniseries Under the Dome and Sleepy Hollow.

The filming incentive programme has been a major part of North Carolina’s national appeal, and so the state’s production industry is pressing for a swift renewal.