Historic National Trust properties in the UK are hoping for a film tourism boost when they appear in the BBC’s period drama Wolf Hall in 2015. Television drama Downton Abbey and movies like Tim Burton’s recent Alice in Wonderland have all boosted visits to UK stately homes. 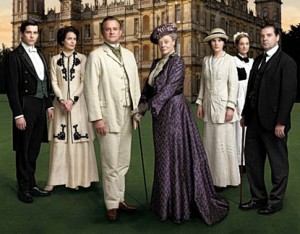 Filming was based at The Bottle Yard Studios in Bristol but shooting also took place on location at half a dozen National Trust properties, including stately homes in Oxfordshire, Wiltshire, Gloucestershire and Somerset.

“It’s quite exciting,” said Harvey Edgington, head of filming and locations for the National Trust, in comments to the Telegraph: “It’s been proven in the past that you get a massive boost in visitor numbers, and we hope people will want to find out more about the real locations and history behind them.”

Wolf Hall could have a similar impact, having filmed at locations including Montacute House and Barrington Court in Somerset, Chastleton House in Oxfordshire and Great Chalfield Manor in Wiltshire. The drama’s high-profile source material and star cast led by Mark Rylance and Damian Lewis can only boost prospects for the National Trust.

Film tourism can be a major revenue generator, with Game of Thrones being one of the top examples in the UK. The show is a key part of how Northern Ireland markets itself internationally and also played a major role in the rapid development of the regional production industry.