Television drama Sleepy Hollow will shift filming locations from North Carolina to Atlanta if it gets a season renewal. Raleigh has downgraded the state filming incentive to a grant system, with half of this year’s USD 10 million fund already allocated to the Stephen King drama Under the Dome. 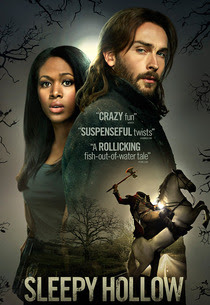 “We've explored other places to produce that show and I will tell you it came down to Atlanta and Vancouver and it looks like we'll head to Atlanta,” said Dana Walden, Chairman and CEO of Fox Television Group, in comments reported by StarNewsOnline.

North Carolina’s previous 25% filming tax credit managed to attract major features like Iron Man 3 and the first Hunger Games movie. However, the credit was politically divisive and a change to a grant system was eventually decided.

Filming incentives remain hugely controversial in the US, with different state authorities disagreeing over how effective they really are, and whether they benefit producers more than they do local communities.

Maryland faced a protracted negotiation last year to secure the third season of the political drama House of Cards when the state’s film fund for the year was reduced.

Atlanta has become one of the top production hubs in the country, largely because of its generous filming incentive, and the city has hosted both the Hunger Games and Divergent movie franchises.

North Carolina is likely to have taken itself out of contention for big-budget shoots, given that stronger incentives are available in cities like Atlanta, New Orleans, New York and, soon, Los Angeles.