A new movie spinoff from Sylvester Stallone’s iconic Rocky franchise has filmed in Philadelphia, and also doubled the city for Liverpool and California. As a state, Pennsylvania has hosted movies like The Dark Knight Rises and Tom Cruise’s vigilante drama Jack Reacher. 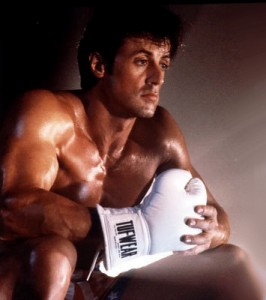 Nearly USD 90 million has been spent locally over a 240-day production period, including some 6,000 room nights for cast and crew, according to figures from the Greater Philadelphia Film Office.

Philadelphia is the spiritual home of the Rocky franchise. The steps of the city’s Art Museum have been a massively popular tourist attraction since Stallone scaled them as Rocky in the first movie in 1976.

Pennsylvania is a popular US filming location, partly because of its 25% tax credit. Pittsburgh recently hosted Will Smith’s National Football League drama Concussion, as well as Vin Diesel’s supernatural adventure The Last Witch Hunter, both of which in fact filmed in the same adapted studio space.

Pennsylvania’s production community has spent the past few years pushing for an increase to the state’s film fund, which is currently capped at USD 60 million a year. They say more money is needed if the state is to boost its appeal to high-profile features and compete more effectively in the eastern US and indeed on a national level.

Neighbouring New York is one of the top production hubs in the US. To the south, Maryland has a far smaller film fund but is a regular double for Washington, DC, and hosts the high-profile political drama House of Cards.

Editorial Note (27 February)
This article has been amended as it originally stated incorrectly that Philadelphia had doubled for Ireland, rather than Liverpool.