American firm Fox 21 Television Studios has finalised a deal for a long-term lease of Dragon International Film Studios in Wales. Fox is already filming TV show The Bastard Executioner at the facility. Historical feature Ironclad is the only feature to have ever shot there. 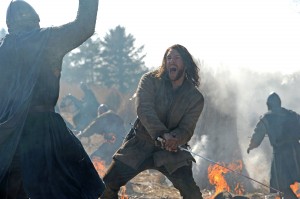 Dragon International was launched in 2001 with the support of the late actor and filmmaker Richard Attenborough, but has had a turbulent 15 years, falling into considerable debt.

“We are supporting this venture as part of our ambition to establish Wales as an international centre of excellence for high-end TV drama and film production,” said Edwina Hart, Wales’ Economy Minister, in comments to Wales Online.

“It is testament to the high-quality infrastructure, beautiful locations and talented workforce here in Wales that Fox 21 Television Studios have made this long-term commitment to Dragon Studios. I look forward to seeing even more high quality drama being made here in the future.”

Over the summer, former BBC executives Jane Tranter and Julie Gardner announced the launch of Bad Wolf, a new production company that plans to bring GBP 100 million worth of investment to Wales over the next decade.

In related news, post-production specialist Dragon has re-launched as a technology hub in Bridgend, South Wales.

“The new picture post-production equipment will allow Dragon to compete on an equal footing with major post-production brands in the UK and across Europe and combined with the Soho hub we can really make our mark,” said managing director Paul Wright when the news was first announced.