Written by Tom Deehan on Feb 1, 2017. Posted in Incentive News

Representatives Daymon Ely and Bill McCamley have submitted a proposal (House Bill 192) that could increase the New Mexico film incentive fund from USD50 million to USD53.7 million. If successful, the increase would take effect from July onwards.

In detailing the bill, Daymon Ely explains: “at some point, we have to declare, ‘we want to be a diverse economy’… this is the way we do that. We focus on our strengths and weaknesses. And film is certainly our strength.” 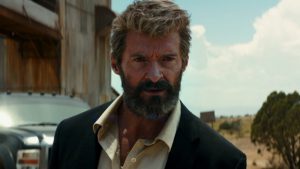 He continues: “the idea is to create some stability within the industry. We want them to know this is how much money they can count on — and if anything, it’s going to go in one direction, which is up.”

An increase of the incentive would allow New Mexico to expand its production industry and cater to more projects than ever before. The state film incentive has already proven itself as a worth investment, having lured a variety of feature film and television projects including Logan (pictured) and AMC’s Better Call Saul.

House Bill 192 would also change the payout system to adhere to the consumer price index, enabling the process to mirror market trends more closely. If approved, New Mexico’s incentive will be first of its kind in the US to be linked with the CPI.

Tax credits of up to 30% can be obtained by productions that shoot locally within the state. Unlike most incentive programmes, productions aren’t required meet a minimum budget, minimum spend or a minimum number of shoot days.