Written by Joe Jackson on Feb 17, 2022. Posted in Awards and Festivals

Cahir Castle - one of Ireland’s largest and best-preserved castles - is the winner of the fifth edition of the EUFCN Location Award. Organised by EUFCN (European Film Commissions Network) the competition celebrates the top European locations in the film and television industries. Cahir Castle served as a key setting for David Lowery’s feature film The Green Knight. The project is produced by Wild Atlantic Pictures, offering a cinematic retelling of one of the famous medieval tales, Sir Gawain and the Green Knight.

“I am delighted that Cahir Castle has won the EUFCN Location Award, which spotlights one of Ireland’s most iconic filming locations and is a recognition of Irish crew’s work on The Green Knight, one of the many international productions that chose Ireland as its home,” says Steven Davenport, Head of US Production and Partnerships at Screen Ireland. “The collaboration between state agencies like Screen Ireland and the OPW enables film and television productions, both national and international, to benefit from the breath-taking range of filming locations across Ireland and bring them to life on screen.” 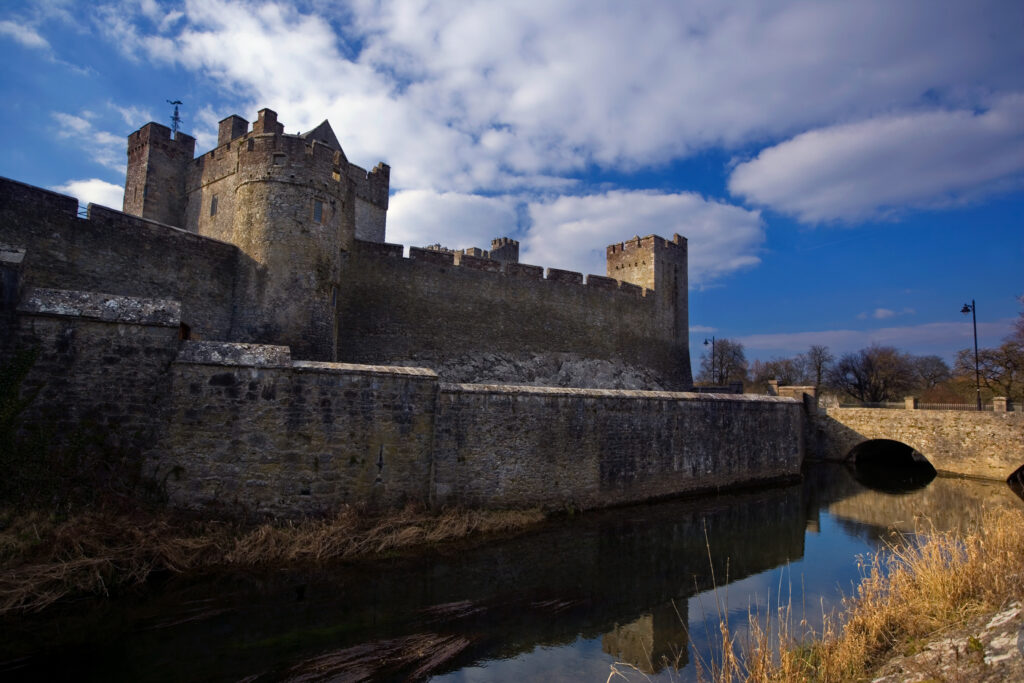 The award was accepted by location coordinator Killian Dowling on behalf of Screen Ireland, the EUFCN organisation that originally nominated Cahir Castle. The construction is a designated National Monument of Ireland cared for by the Irish Government’s heritage conservation agency. The Location Award plaque was received by Eleanor Morrissey, the castle’s site manager.

“All of us working in Cahir Castle and in the Office of Public Works are immensely honoured and very proud to win this award that acknowledges how special this fortress is not only in Ireland but in Europe,” details Eleanor Morrissey. “Anybody who has visited it will easily see how its impressive battlements rising above the River Suir make it a dream location for internationally acclaimed fantasy films such as last year’s The Green Knight or The Last Duel. I want to thank all the people who voted for our site to win the EUFCN Location Award 2021. The team and I are delighted to be able to welcome one lucky winner who participated in the voting to Cahir Castle soon.” 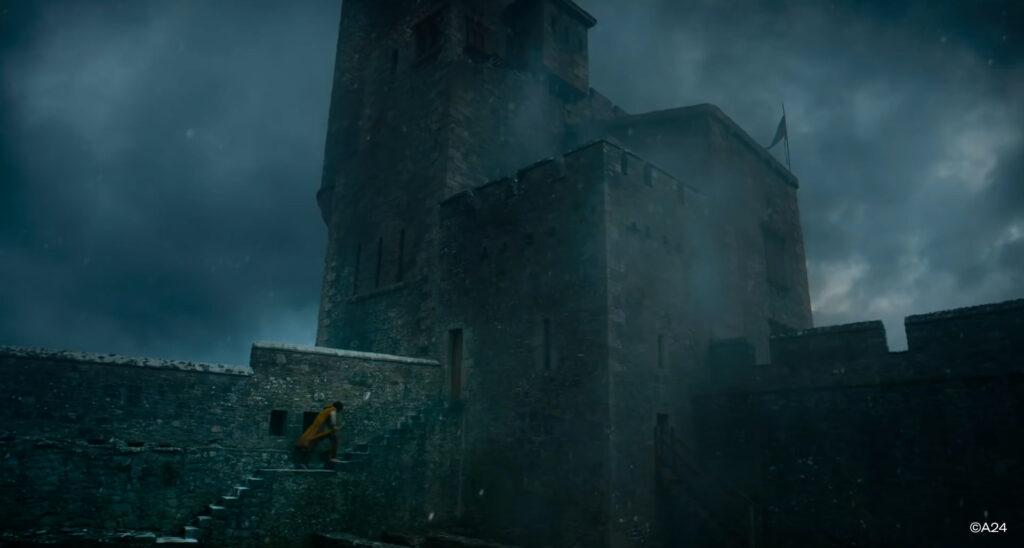 Dating back to the mid-12th century, Cahir Castle was originally built as state-of-the-art defensive fortress. Appearing to grow from the actual rock on which it stands (and featuring battlements, heavy gates, turrets, towers and a stunning courtyard) the castle was the perfect double for Camelot, the legendary castle associated with Arthurian legend. This was the second time Cahir Castle has been used as a double for Camelot, the first being its use in the 1981 film Excalibur.

“The Location Award once again succeeded in highlighting the fundamental work of our film commissions and the valuable relationship between film professionals and tourism offices,” explains EUFCN Network Manager Angelica Cantisani. “Their joint forces are what make such incredible locations shine on screen. This Award is something we, as EUFCN, truly believe in. We hope that next year we will be able to celebrate it live in Berlin.”

During the first phase of the competition, EUFCN film commission members had the opportunity to submit one location from a film or a TV series shot in their country and released between 21 September 2020 and 11 September 2021. The finalists of the EUFCN Location Award 2021:

The EUFCN Location Award 2021 Jury - consisting of a five-member panel of distinguished professionals - selected the five locations in the shortlist. The general public then voted for their favourite on the EUFCN website. One lucky name picked among the voters will have the chance to travel to Ireland and experience Cahir Castle.