Austrian production company Hafzoo filmed on location at the Solden Stadium in Tirol in western Austria for a new spot marking the return of champion US skier Bode Miller. The simple piece shows Miller sitting on the snow-covered stadium stand as he commits to his return. 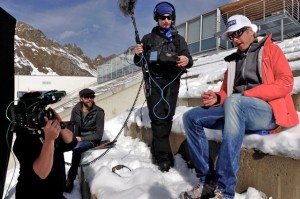 Filming needed to take place in the Oetztal region of Tirol because it was the training base for the US skiing team. Solden Stadium proved the ideal filming location choice as it offered a grand setting with dramatic and wintry views of the Alps. It also offered good access despite its 2,682-metre altitude.

“With only a light snowfall as early in the season as October, you can shoot beautiful winter landscapes as the snow tends not to melt,” explained Hafzoo’s Andreas Hafele: “In our case the location was extra special since Bode Miller’s main sponsor is Soelden, a village in Oetztal valley, and the stadium belongs to their region’s tourism board. They were delighted with the stadium as the main setting.” 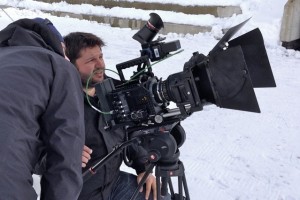 Solden Stadium was easily accessible by road and offered a large car park to accommodate crew trucks and other vehicles. There was also basic infrastructure like a restaurant, changing rooms and toilets, plus a high-voltage power supply normally used for the ski lift.

The spot promotes Miller’s comeback to competitive skiing, given that he opted out of the 2013 season to recover from injury.

Productions filming in Tirol can get support from the Cine Tirol Film Commission. Most of the services are free of charge and include local information, access to the commission’s location photos library and scouts to help familiarise producers and filmmakers with Tirol’s landscapes.