Marvel has already branched out into TV with Agents of S.H.I.E.L.D. (below), but each of the new TV dramas will focus on a member of the studio’s popular Defenders characters - Daredevil, Jessica Jones, Iron Fist and Luke Cage. A shorter miniseries will bring all four heroes together for a joint adventure. 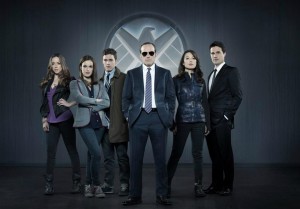 The drama series are the result of a pact between Disney/Marvel and Netflix. A total of 60 episodes will be filmed in and around New York to be distributed through the online streaming service. It is the biggest production commitment in the state’s history.

“The competition for these projects is fierce and Disney could have chosen to film these shows anywhere, but they knew that shooting in New York means getting to work with the best in the world,” said New York’s Governor Andrew M Cuomo: “These shows bring New York’s superheroes home where they belong – along with hundreds of jobs and millions of dollars in new business.”

Added Marvel Entertainment President Alan Fine: “We thank the Governor and the great state of New York for helping us create the ultimate backdrop to this epic series. Setting our production in New York City truly underscores the authenticity and excitement we plan to bring to The Defenders and their ‘flawed heroes of Hell’s Kitchen’ stories.”

The competition for these projects is fierce and Disney could have chosen to film these shows anywhere.

New York’s generous 30% filming incentive has turned it into one of the top production hubs in the US and in 2013 The Amazing Spider-Man 2 became the largest-ever feature to film entirely in the state.

Agents of S.H.I.E.L.D. has not been a runaway success, but focussing on a higher-profile group of superheroes in the form of The Defenders is likely to deliver larger audiences and will utilise Netflix’s increasingly popular streaming service.