Written by Tom Deehan on Feb 2, 2018. Posted in On Location / Production News

My Name is Sara, an American/Polish co-production from director Steven Oritt, has concluded filming in Podlasie, Poland. The project, which began principal photography in August 2017, utilised locations including Tykocin, Czerlonka, Białystok and Puchły. 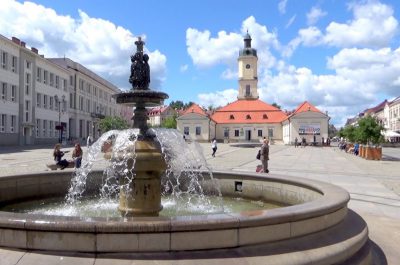 A total of 200 cast and crew members were hired for the production, which incurred 45 shoot days entirely within the Podlasie region.

Produced by Watchout Studio and James Lucy Productions, the film will tell the story of Sara Guralnick, who flees to a small village after being hunted by the Nazis, only to become involved in the domestic affairs of a Ukrainian couple who take her in.

The film, which has been written by David Himmelstein, stars Zuzanna Surowy, Eryk Lubos, Michalina Olszańska and Paweł Królikowski.

Expanding on its burgeoning domestic industry, Poland’s profile as a major production hub has grown in the last few years. In 2017, the city of Łódź was declared a UNESCO City of Film and hosted a range of productions including the German/Polish feature, Whatever Happens Next.

Filming is currently underway for Netflix’s first Polish-language series. The yet-to-be-titled series is being developed by Agnieszka Holland and Kasia Adamik Start.

Despite a continued campaign to install a dedicated film incentive within the country, the Polish Government has yet to sign-off on any such scheme. News emerged in early 2017 that a 25% cash rebate was being considered with a fund of EUR22 million, but the proposal failed to gain approval.

While a specific date has yet to be given, My Name is Sara is being aimed for a late-2018 release.