Stan and Ollie, a biopic following comedy duo Laurel and Hardy’s farewell UK tour in 1953 unearthed a range of period theatres, many of which the comedy duo had performed in over the course of their career.

The film starring Steve Coogan (Philomena, Alan Partridge) as Stan Laurel and John C. Reilly (Chicago, Holmes & Watson) as Oliver Hardy features contrasting scenes of the pair at the height of their fame in the glamour of Hollywood in the thirties, and during their final tour of the UK in a post-war Britain. 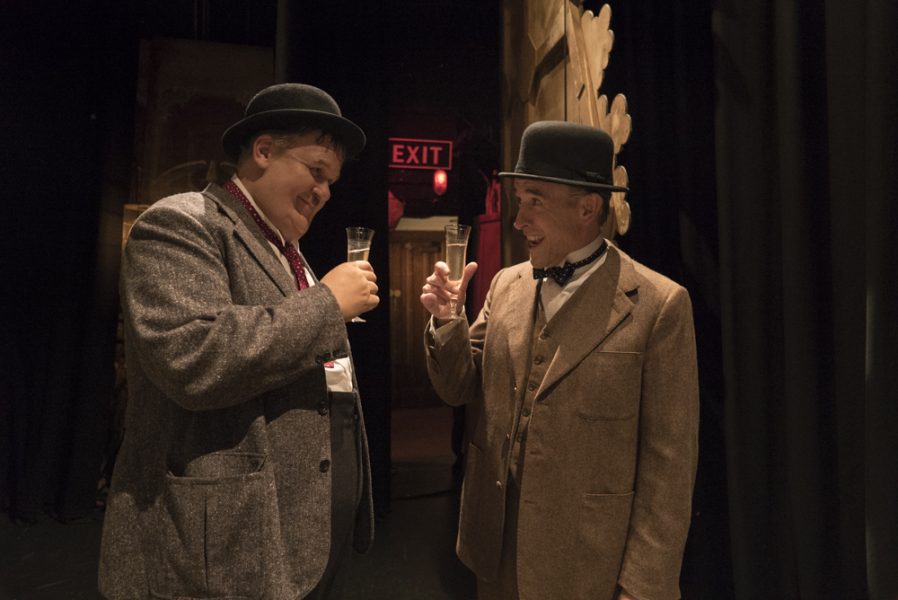 One of the main tasks for the production was identifying the host of period theatres to portray venues for the tour. Many theatres where the duo performed during their four UK tours feature in the film. Director Jon Baird commented “We’d go to a theatre and they’d say, ‘Laurel and Hardy performed here, we’ve even got a poster’”. Some of these include the Old Rep in Birmingham and The Fortune Theatre in London. Several other London theatres were also used, including Catford’s Broadway Theatre and The Hackney Empire which doubled for Covent Garden’s Lyceum Theatre. 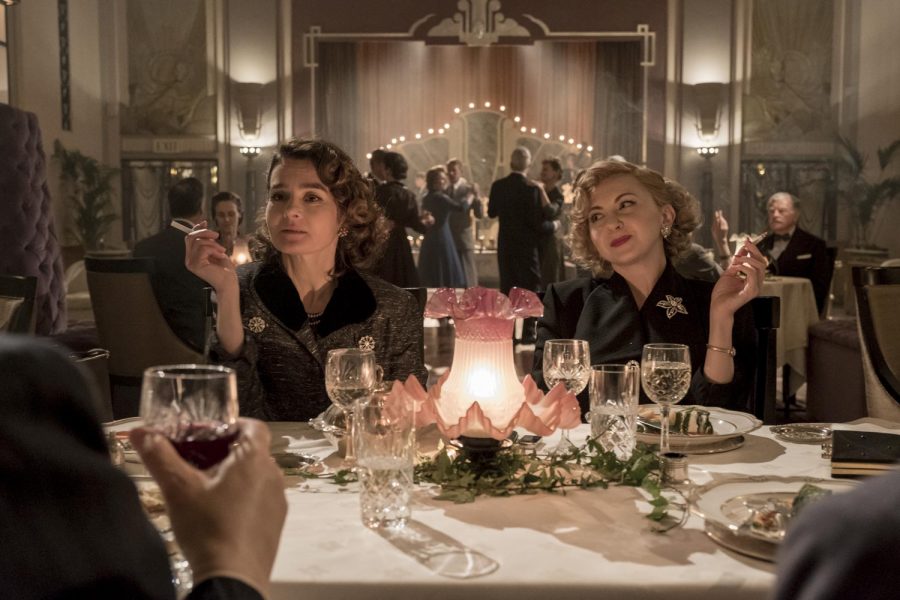 In April 2017, Bristol’s historic harbourside saw one of the biggest shoots of the film for a scene recreating a moment of history when Laurel and Hardy arrived in Cogh Harbour, Ireland, to a warm welcome from the town. Not able to go to Ireland, the production instead used the authentic period docks in Bristol which were filled with three hundred extras holding welcome banners. Coogan and Reilly arrived on The Balmoral, a working vintage ship operating in the Bristol channel which producer Faye Ward described as “a gem of a find” because its “conserved beauty was the perfect setting for a crucial moment in the film”. 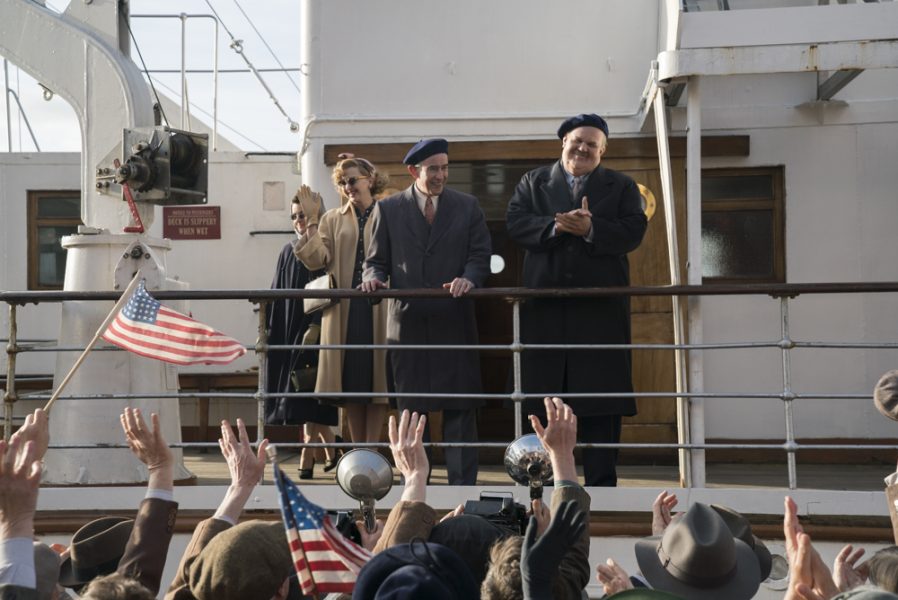 Andy King of M Shed, the dockside museum said “Bristol made a brave and, at the time, controversial decision in the 1990s to conserve Princes Wharf as a working quayside. With the museum’s operational cranes, steam railway and transit shed, it now makes an ideal and animated backdrop for film productions like this, and one that is unique in the UK". 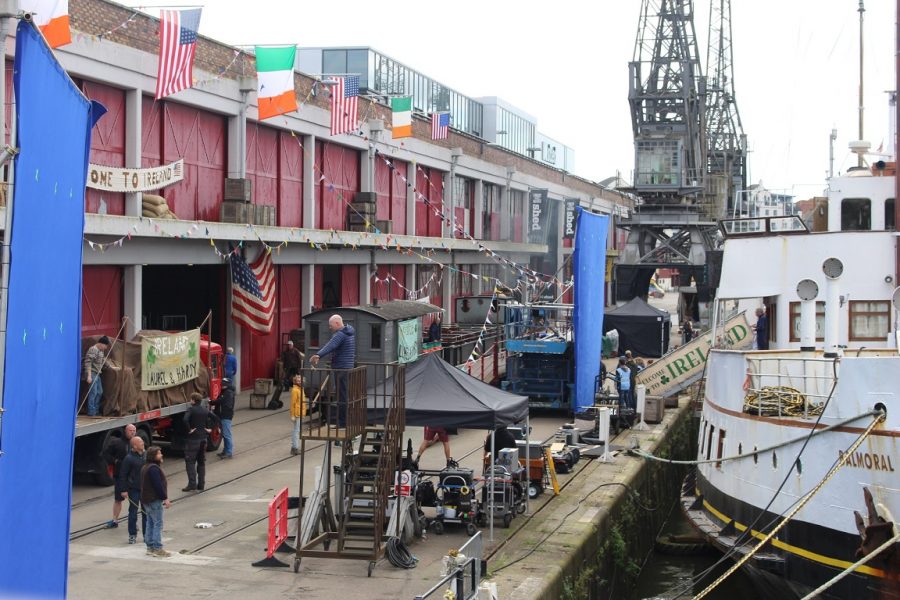 Natalie Moore of Bristol Film Office notes that “The cooperation of the Film Office, the M Shed and The Balmoral meant that we could help bring the large crowd scenes that the script required to life, in an authentic and visually stunning setting. Stan & Ollie is set to be a hit with audiences the world over and we’re really proud that Bristol, UNESCO City of Film, played a part in its production”. While in Bristol, Stan and Ollie also shot at the Bristol Hippodrome, which would features in the film as a theatre exterior. While shooting in the city, the production set up a base unit at Lloyds Amphitheatre. 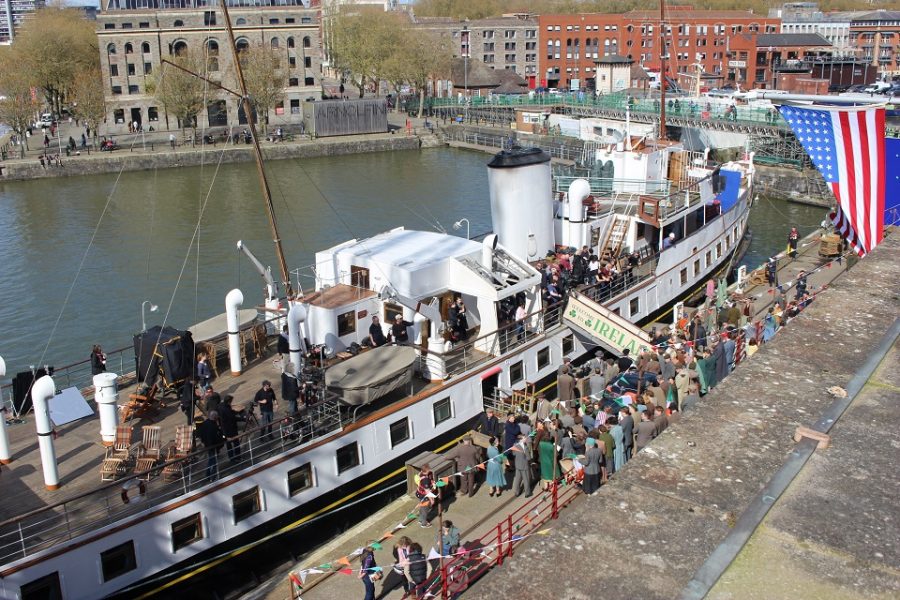 The film was entirely made in the UK, even the parts set in Hollywood. Scenes set at Hal Roach studios, where Laurel and Hardy made some of their award-winning films were actually filmed at Pinewood Studios. The exteriors of Pinewood passed for the LA studio because they had been built at around the same time. A recreated set for the film Way Out West the duo shot at Hal Roach was built at Twickenham Studios.

The UK High-End TV Tax Relief offers 25% of qualifying UK expenditure to productions that 10% of the film's core expenditure must be used or consumed in the UK. This includes above-the-line costs, including actors and directors irrespective of nationality.