Written by Shona Smith on Jan 8, 2019. Posted in General Interest

The North East may get its first film and TV studio

The Northern School of Art in the UK has submitted a planning application for a new TV and film studio to the Hartlepool Borough Council. If approved, the studio will be the first of its kind in the North East. 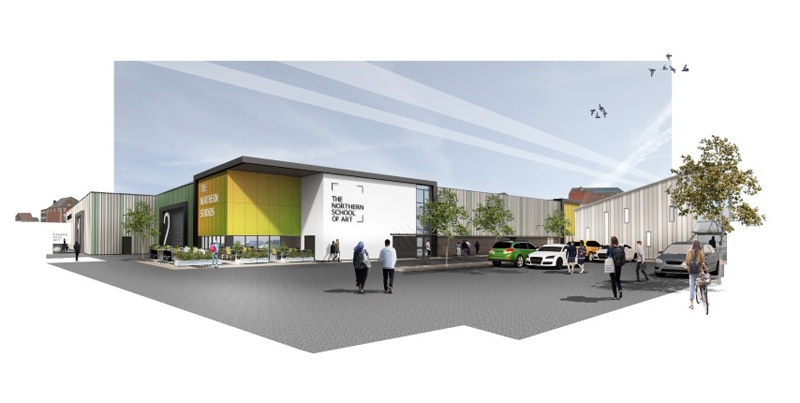 The application outlines how a former bus depot in the emerging creative district of Hartlepool will be converted into a 30,000 square foot film and TV studio, known as The Northern Studios, which will be available for commercial use.

The proposed development will include a commercial sound stage for TV and features production, a smaller greenscreen studio for visual and special effects work and corporate filming as well as a training studio for students. Also included in the blueprint are workshop spaces with industrial scale 3D scanning and printing facilities for set and prop construction.

The Northern Studios is collaborative project working in partnership with Hartlepool Borough Council.

Revealing that plans for a studio have been in development with industry partners for a number of years, Pat Chapman, Vice Principal, Employability and External Relations at The Northern School of Art explained that “as the specialist provider of education and training for the creative industries in the region, we are delighted to have taken this important step in bringing about a new chapter of ambition and regeneration for the North East,” adding that due to the Northern School of Art’s campus in Hartlepool, the area already has “a population of talented and skilled graduates with the technical and specialist skills required by the screen industries”.

The Northern Studios is collaborative project working in partnership with Hartlepool Borough Council. Members of the council will now consider the planning application.

The announcement comes as the number of studios in the UK are growing as a result of the squeeze on studio space. In November Rebellion Studios opened its doors, and in early December Screen Scotland launched a tendering process for a developer to turn a building in Leith that housed some production on Avengers: Infinity War into a multi stage studio and production facility.